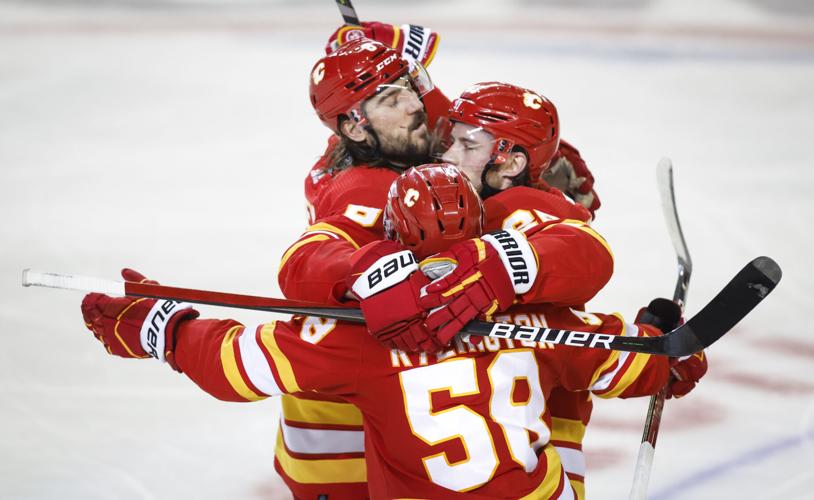 Saturday night started off with emotion inside the Scotiabank Saddledome, as Mark Giordano of the Kraken was honored by the Calgary faithful after playing 15 seasons for the Flames.

Once the ceremony ended, the puck dropped, and the Flames commenced to win their 9th straight game.  Taking a lead in the first period behind a Matthew Tkachuk goal, it seemed like Calgary would cruise to another victory, but that wasn’t the case.

Seattle battled back, leveling the game in the first period, and playing the Flames close as neither team scored in the second.  Elias Lindholm scored seven minutes into the third period for the home team, which proved to be the winner for the red hot Flames.  Jacob Markstrom had 22 saves on the night, as Calgary is now one win away from matching their franchise record win streak.

They’ll have an opportunity to do so on Monday night, at home against Winnipeg.