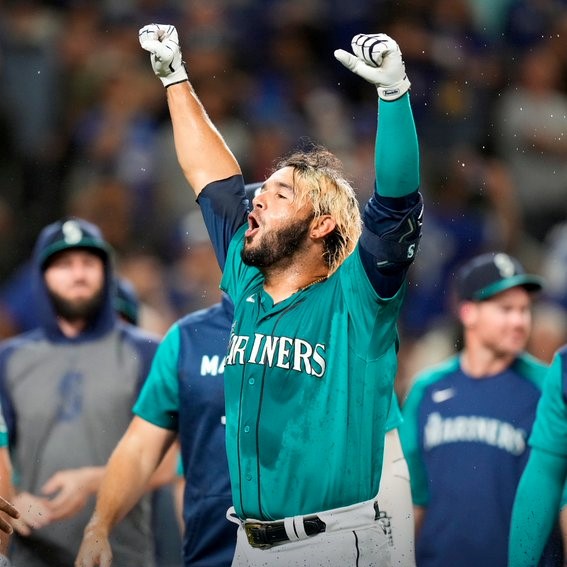 On Friday night the Mariners attempted to extend their five game win streak to six, and they did so in stylish fashion, as Eugenio Suárez hit a 3-run homer off of Giants’ Sergio Romo in the 11th to end the game.

The Mariners have won 14 or 17, and now find themselves one game above .500, and in second place within the AL West.

Lourdes Gurriel Jr. had three hits and an RBI for the Blue Jays, but the Mariners continue to ride their positive mojo in the month of July. Seattle’s bullpen featured six pitched, collectively allowing only two hits.

The series continues on Saturday in T-Mobile Park as Seattle will look to take their third straight in the series vs. Toronto, and their seventh in a row.