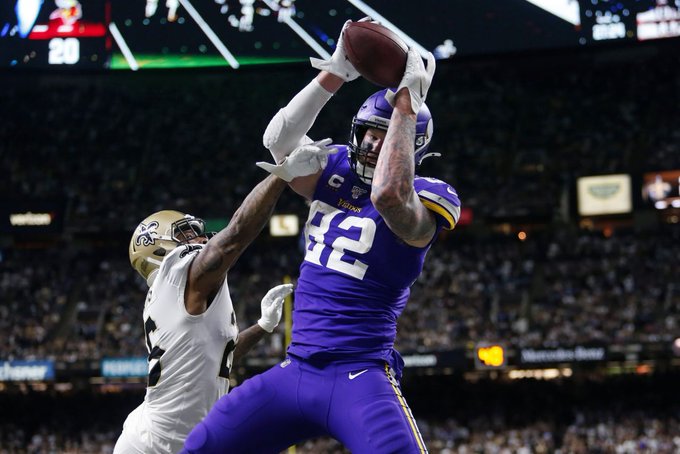 The New Orleans Saints continued the trend of heart-wrenching postseason losses, as they were beaten by the Minnesota Vikings 26-20 in their Wild Card Game against the Minnesota Vikings. It was the second straight season that the Saints lost a playoff game at the Superdome in overtime, with some question about a penalty that was not called by the officiating crew. The Saints were a heavy favorite in the game, as Vikings quarterback Kirk Cousins had struggled against winning teams. Two years ago, the Saints lost to Minnesota on the final play of regulation, called the Minneapolis Miracle. The Saints came out flat on Sunday, as Drew Brees struggled, the Vikings were able to build a 20-10 lead at the end of the third quarter. New Orleans scored ten points in the fourth quarter, sparked by the play of Tayson Hill, who did everything from passing to catching and blocking. The Saints would tie the game at the end of regulation, but lost the coin toss. The Vikings would take the first possession and go down the field as Kyle Rudolph caught a four-yard pass to win the game 26-20.