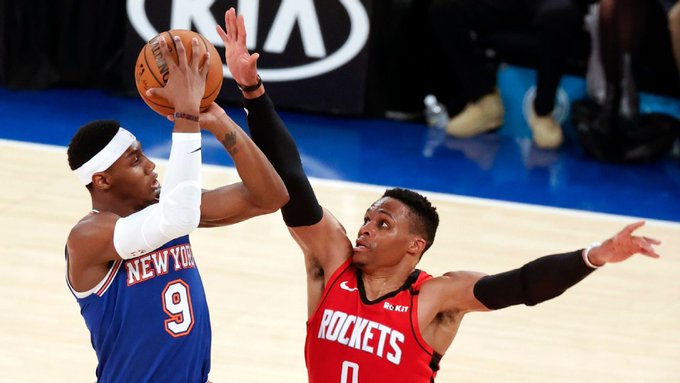 On a day in which they named Leon Rose as their new team President, the New York Knicks delivered one of the best games of the season, stunning the Houston Rockets 125-123 at Madison Square Garden. The Rockets had been surging, entering the game with a six-game winning streak. R.J. Barrett’s layup at the end of the game proved to be the difference. Barrett finished the game 27 points, five assists, and five rebounds. With the win, New York improved to 19-42, while the Rockets sit at 39-21.