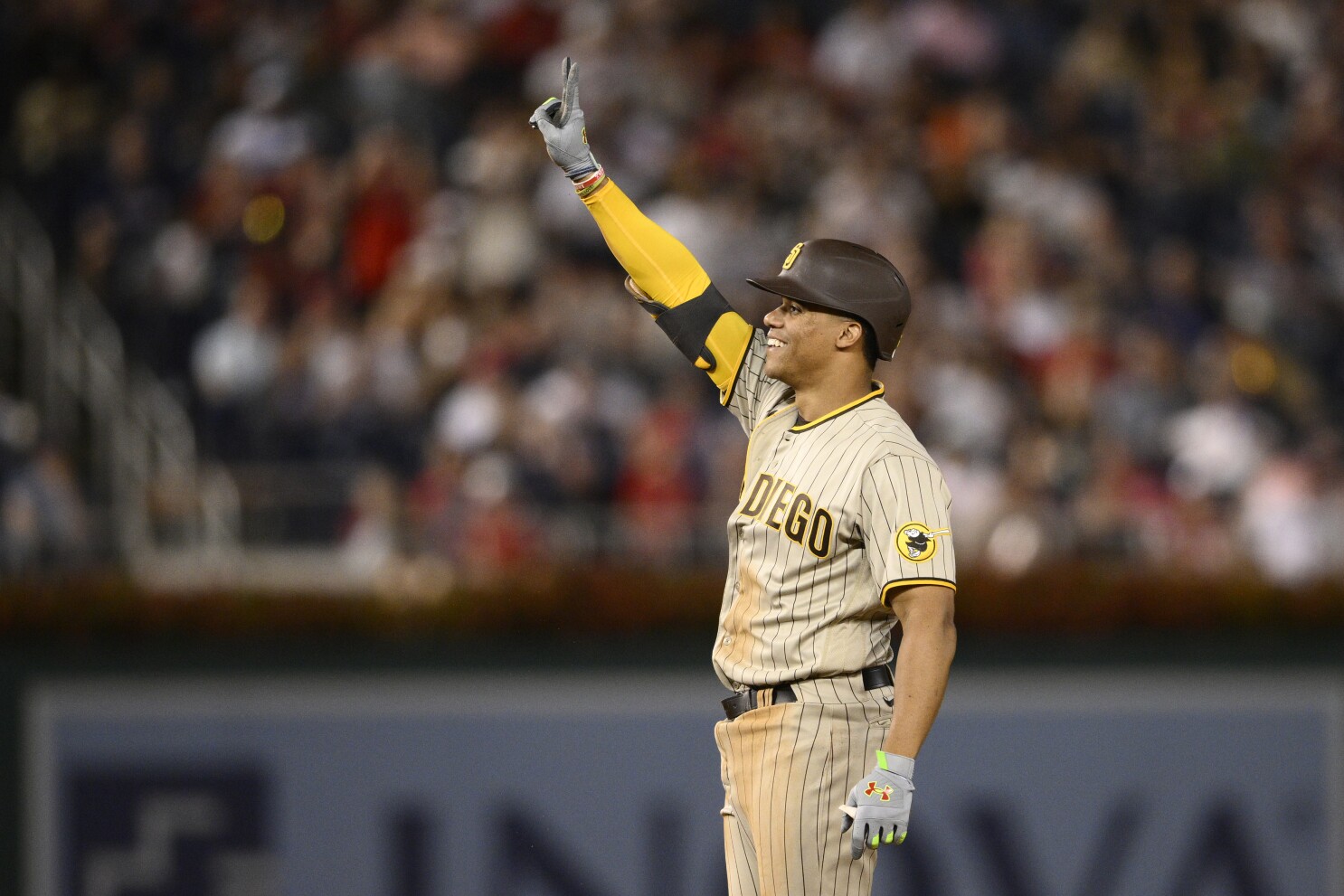 On Friday night Juan Soto returned to D.C. and received a standing ovation from the Nationals home crowd. Soto was a major cog in the Nats run to a championship in 2019, winning a batting title, and appearing in two All-Star games in his time with the NL East club.

The Padres were dealing with more news off the diamond as well as Fernando Tatis Jr. was suspended for 80 games due to performance enhancing drugs.  Tatis’ suspension will likely run through the remainder of this season, and whatever postseason run the NL West club may go on.

However, the games must go on, and the Padres beat the Nationals 10-5. The aforementioned Soto hit two homers in the game, and Mike Clevinger grabbed the win going 5 innings, and allowing just one run. San Diego has won 3 straight, but remain 16 games behind the Dodgers in the standings. Their series with Washington will continue on Saturday night against the last place NL East, Nats.