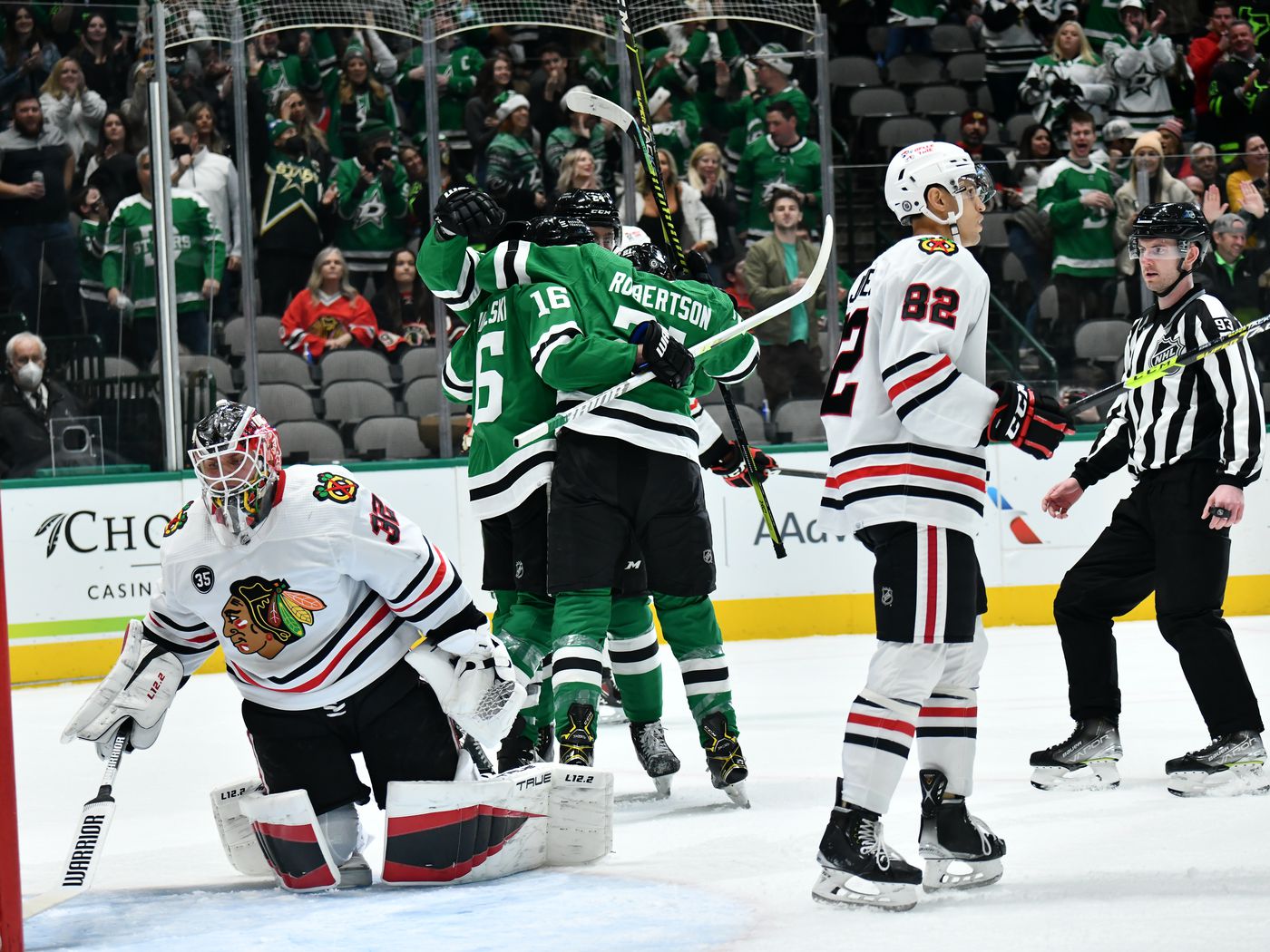 Friday night saw four NHL games in action, one of which featured two goaltenders standing on their proverbial heads.  Chicago’s, Marc-Andre Fleury and Dallas’, Jake Oettinger both pitched shutouts for three straight periods, and an Overtime.

Fleury made 29 saves in the game, shutting down Dallas’ potent offensive attack.  Now 37 years old, the Blackhawk’s net minder was matched by his counterpart.  Oettinger, who’s stated he wears number 29 in honor of Fleury, bested him in the extra period, and the shootout.  The Star’s goaltender made 34 saves on the night, posting his eight career shutout in the process.

Jacob Peterson scored the winning goal in the shootout for the road team.  Dallas has now won four of five games, and sit in 5th place within the crowded Central Division.