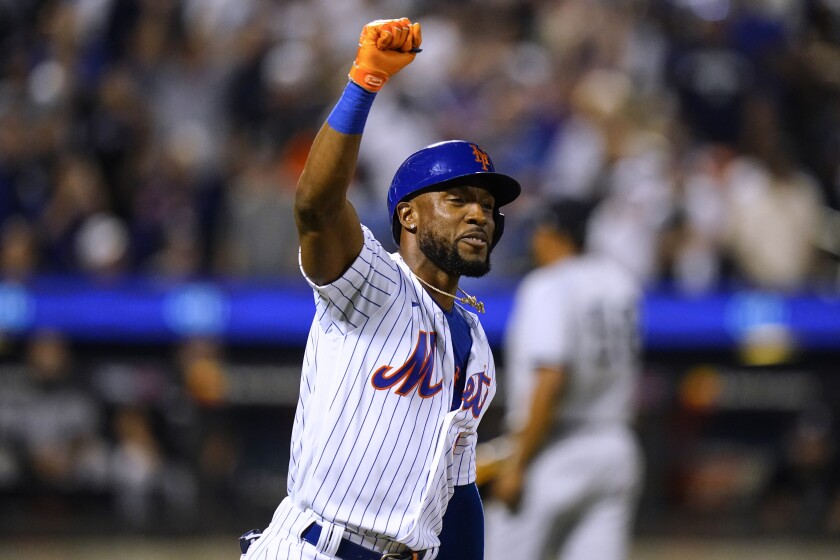 In a short 2-game series between two first-place teams, the New York Mets came out victorious in both contests. On his birthday, 38 year old Max Scherzer provided 7 innings of shutout baseball, allowing 5 hits.

The Mets were up 2-0 until David Peterson relieved Scherzer giving up 2-run homer to Gleyber Torres in the 8th inning. All square into the 9th, Eduardo Escobar doubled, and Starling Marte drove him in winning the game in walk-off fashion. The Mets now lead Atlanta by 3 games in the NL East. The Yankees still lead the AL East by 11 games, but have lost 3 of their last 5.

Both teams will meet up again in the Bronx for another two game set in late August, which is sure to have it’s own set up fireworks.