The Chief’s In Town 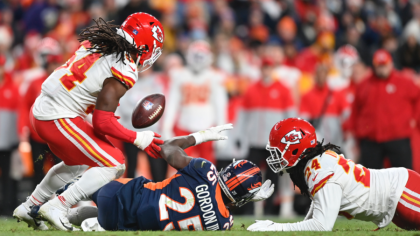 The NFL returned for Week 18 on Saturday afternoon, and the Kansas City Chiefs won their 12 game of the season. Kansas City’s 12th victory currently leads the AFC, it remains to be seen if the Chiefs will get a 1st round bye as their fate is tied to the outcome of the Texans Titans result.

For the Broncos, they came into the game at 7-9 already eliminated from playoff contention, and playing for pride. The recent history between these two AFC West teams has not been great, as Denver has lost 13 straight games to Kansas City.  The game didn’t lack entertainment as backup quarterback Drew Lock had two first half rushing touchdowns.

Denver went into half-time with a 14-10 lead, but it never felt safe as Patrick Mahomes, and his array of talent turned it up a notch.  The game essentially came down to a botched Denver drive. The Broncos were moving the ball well, when Melvin Gordon fumbled, and Nick Bolton took it to the house for an 86-yard scoop and score.

Denver’s last victory against K.C. was in 2015, which seems like lightyears away at this moment in time for mile high club. Kansas City may just be peaking at the right time before they head into the post season tournament.