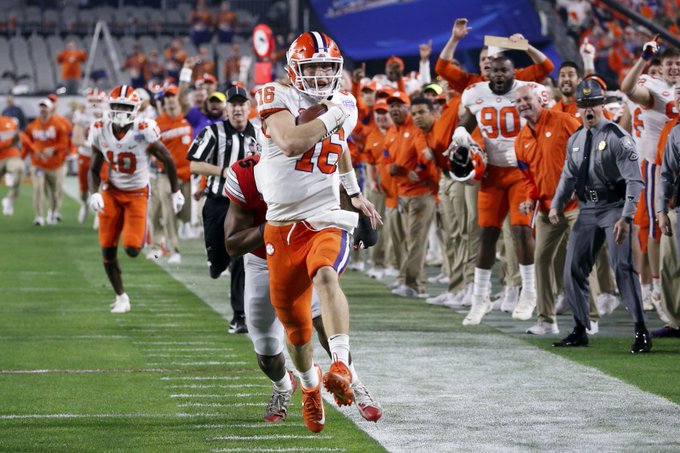 The College Football Championship is set as Clemson will get a chance to defend its National Championship after beating Ohio State 29-23 in the PlayStation Fiesta Bowl in Arizona. Clemson will face LSU on January 13, 2020, at the Mercedes Benz Superdome in New Orleans. LSU won their way to the National Championship Game by crushing Oklahoma 63-28 in the Chick-Fil-A Peach Bowl in Atlanta. The Bayou Bengals were led by Heisman Trophy Winner Joe Burrow, who passed for 493 yards with seven touchdowns. Clemson needed a fourth-quarter comeback to down the Buckeyes and extended their 29-game winning streak. It was Trevor Lawrence making the big play when it mattered most as he connected with Travis Etienne on a 34-yard touchdown pass with 1:49 to win the game.