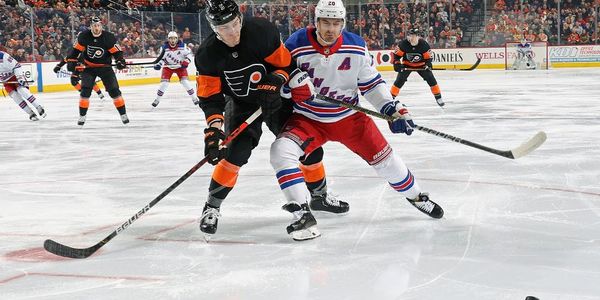 The New York Rangers have suddenly thrust themselves into playoff contention. While the postseason is still a longshot their play as of late has been promising. At the trade deadline, the Blueshirts were silent, but their most significant move was keeping Chris Kreider. The Rangers were either going to extend or trade their star according to most experts and on Monday reached an agreement on a new seven-year deal with Kreider. On Friday, the Rangers suffered a major blow on two ends, losing to the Philadelphia Flyers 5-2 as Kreider sustained a fractured foot. The Rangers are unsure how long, Chris Kreider will be on the shelf, but any length will end their playoff chances. they sit