Tuesday’s Gone For The WFT 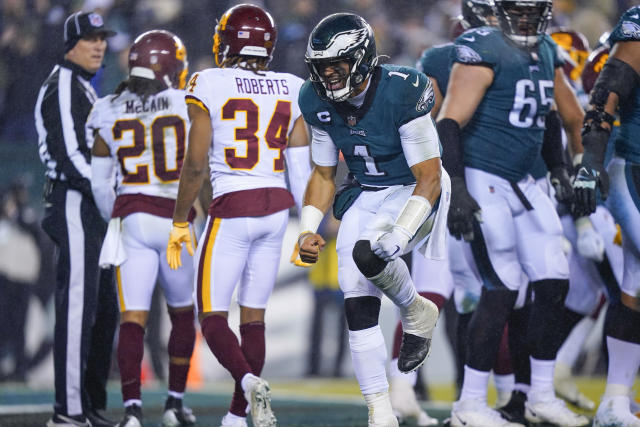 Tuesday night saw two NFL games kick-off at the same time. The WFT headed to Philadelphia, as both teams stood at 6-7, and in the mix for a Wild Card spot.

Dealing with health and safety protocols all week, Washington’s roster wasn’t at full strength, and the Eagles took advantage. Philly’s quarterback Jalen Hurts struggled with ball protection early on in the rain, but regained confidence scoring two rushing touchdowns, and passing for a third.

The WFT jumped out to 10-0 lead, however, their lack of depth took a toll as the game wore on. Miles Sanders rushed for 135 yards on the night as well. The Eagles move to 7-7 with the 27-17 victory, and have given themselves a real opportunity as a playoff appearance with the win.