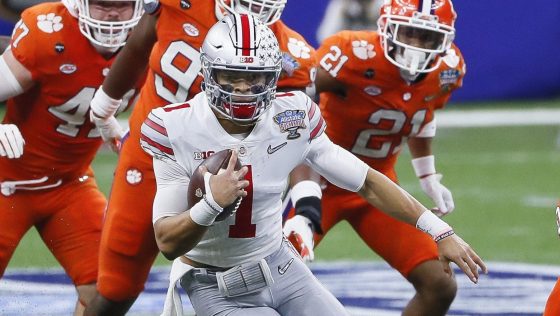 The College Football National Championship is set as Alabama, and Ohio State dominated on New Year’s Day in the College Football Semifinals. The #1 Crimson Tide jumped out to a fast start scoring the first two times they had the ball. Notre Dame tried to keep it close with ball possession, but Alabama proved too strong in the Rose Bowl played in Texas, winning 31-14. Last season Clemson defeated Ohio State in the semifinals. Heading into the rematch, Clemson coach  Dabo Sweeny ranked Ohio State #11, saying they did not deserve to be in the Semifinals at the Sugar Bowl. The Buckeyes came to send a message and crushed Clemson 49-28. The Tigers had been hoping to reach the Championship Game for the fifth time in six years. Ohio State will take on Alabama in Miami on January 11th.