What Can Brown Do? 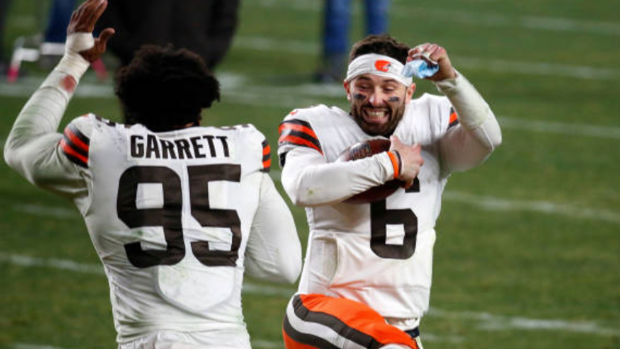 The Cleveland Browns have won their first playoff game in 26 years, beating the rival Pittsburgh Steelers 48-37 at Heinz Field. The game got off to a bad start as the first snap from scrimmage went over Ben Roethlisberger’s head and was recovered in the end zone for a Browns’ touchdown. Roethlisberger was picked off three times in the first quarter as Cleveland raced out to a 28-0 lead. The Steelers spent the rest of the game trying to overcome the bad start as Roethlisberger passed for 501 yards and set a record with 47 completed passes. However, the hole was too deep as the Browns held on for the win. Elsewhere the Baltimore Ravens beat the Tennessee Titans 20-13, as Lamar Jackson erased the doubts about his ability to win in the playoffs. The New Orleans Saints meanwhile easily handled the Chicago Bears 21-9.