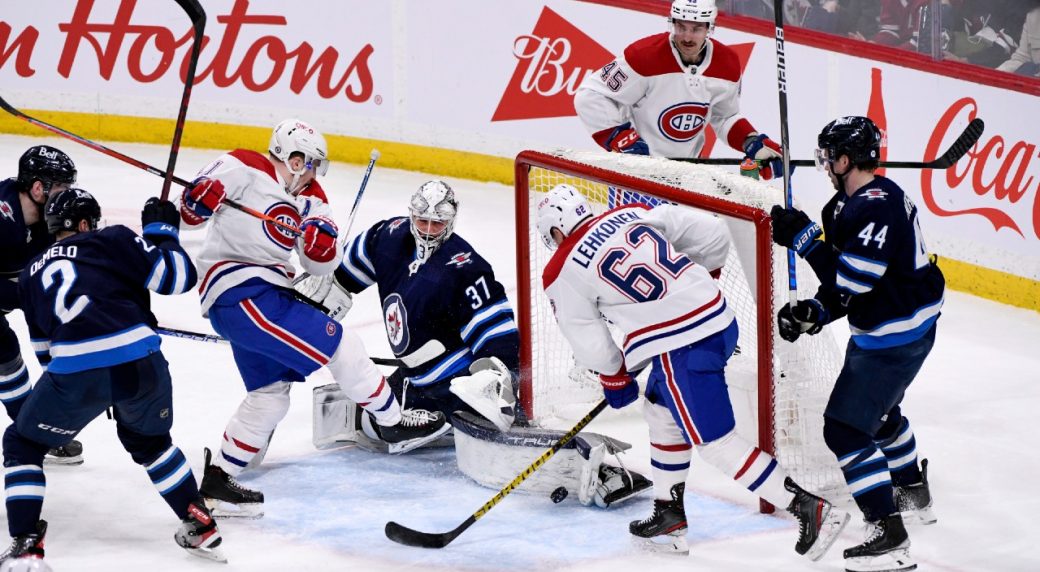 On Tuesday night Montreal traveled to Winnipeg, and had their 5-game win streak snapped in a back and forth historic game.

After the Jets went up 4-0 in the first period, the Canadiens hit back, quickly, scoring 3 straight goals, all in the first period.  The barrage of goals made for a record breaking night, as it’s the first time a team in the NHL has taken a 4 goal lead, given up the lead, and then went on to win by 4 goals.

The final score on the night was 8-4 in favor of Winnipeg.  In light of their seesaw scoring spree, Montreal had a scoreless 3rd period. That, paired with the Jets scoring on 4 of their 6 power play opportunities proved to be the Canadiens undoing.  In a great game for a fan of hockey, both teams will look for a more measured style of play the next time they take the ice.