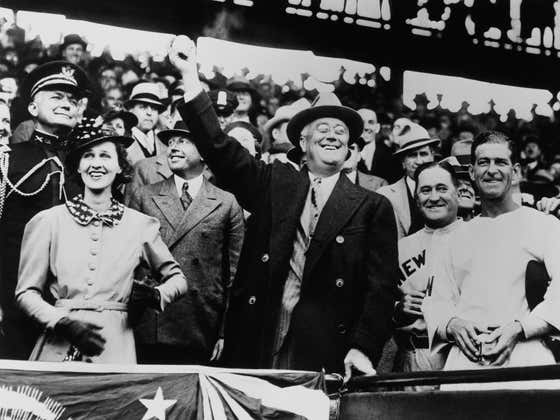 Major League Baseball gets the green light to play ball from President Franklin Delano Roosevelt. It was five weeks after the Pearl Harbor attacks, and the nation was at war. Commissioner Kennesaw Mountain Landis and the American and National Leagues owners debated whether or not to have a season in 1942. Landis sent a letter to the President asking for his input. Roosevelt responded, saying baseball should continue and that it provided an important recreational asset to the nation and the workers who were helping the war effort.