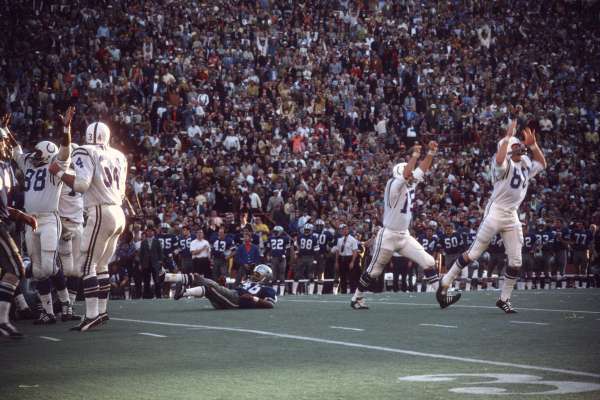 The Baltimore Colts beat the Dallas Cowboys 16-13 in Super Bowl V at the Orange Bowl in Miami. The first Super Bowl after the merger is the strangest Super Bowl ever played. Chuck Howley is the first defensive player to win Super Bowl MVP and, to date, the only one chosen off the losing team. The teams combined for 11 turnovers, earning the nickname “The Blunder Bowl.” The game is decided by a 32-yard field goal by Jim O’Brien with nine seconds left in the game.