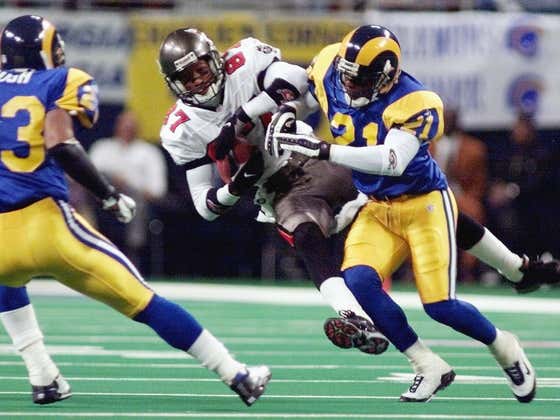 The St. Louis Rams reach the Super Bowl, beating the Tampa Bay Buccaneers 11-6 in the NFC Championship Game at the Trans World Dome. The Buccaneers defense successfully held the Rams high scoring offense in check all game. The Rams did not get into the end zone until the fourth quarter. Tampa had a chance to answer, but Bert Emanuel’s catch was ruled to have touched the ground as time ran out in a low-scoring game. The Rams would go on to beat the Tennessee Titans in Super Bowl XXXIV 23-16.