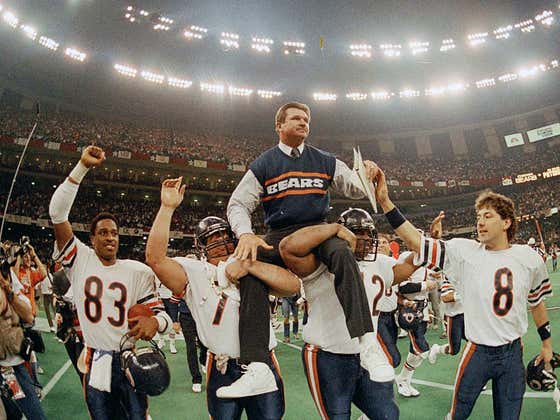 The Chicago Bears complete a dominant season with a Lombardi Trophy as they crush the New England Patriots 46-10 in Super Bowl XX at the Louisiana Superdome. The Patriots scored first in the game, kicking a field goal after a fumble by Walter Payton. The Bears scored the next 44 points, forcing six turnovers as Richard Dent was named the game’s MVP. The 46-10 set a record for points and margin of victory in the Super Bowl, as the Bears celebrated by giving both coach Mike Ditka and defensive coordinator Buddy Ryan a victory ride off the field.