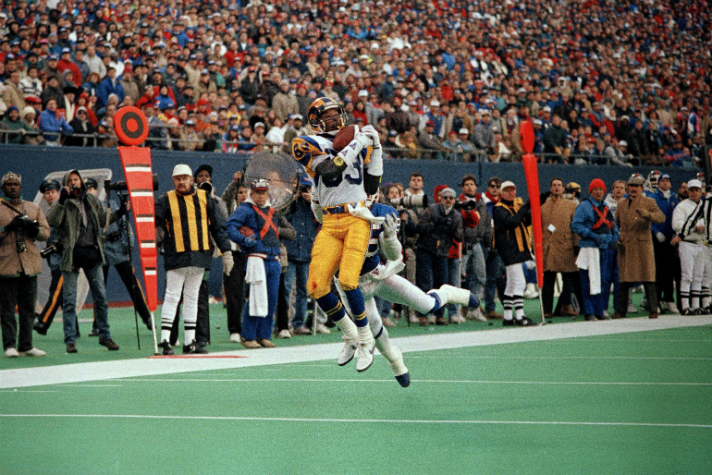 The Los Angeles Rams stun the New York Giants 19-13 in overtime of the Divisional Playoff Round at the Meadowlands. The Rams had been longing frequent flyer miles over the last three weeks, playing games in Foxboro and Philadelphia before facing the Giants. The Rams won the overtime coin toss and needed just 66 seconds to win as Flipper Anderson caught a 30-yard touchdown pass from Jim Everett and continued into the tunnel as the Rams advanced to the NFC Championship Game.
For More See BarstoolSports.com