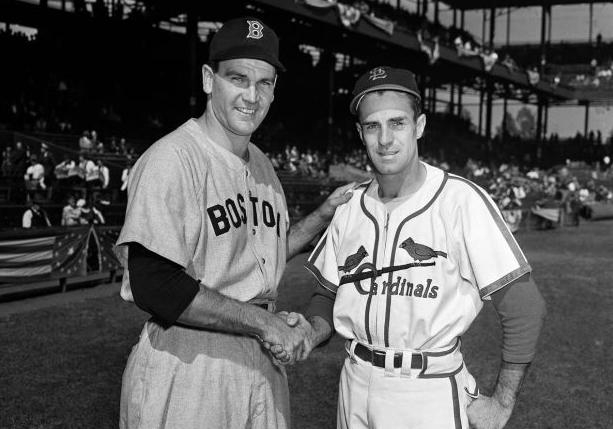 The St. Louis Cardinals win the World Series for the third time in five years, beating the Boston Red Sox in seven games. The Cardinals win the final game 4-3, with Enos Slaughter scoring from first base on a double by Harry Walker in the eighth. Slaughter had been running on a hit and run when Walker hit the ball to left-center. Leon Culberson, who pinch ran for Dom DiMaggio, got the ball to Johnny Pesky, but Boston’s shortstop hesitated, allowing the Cardinals to get the winning run in what was called the Mad Dash for home.