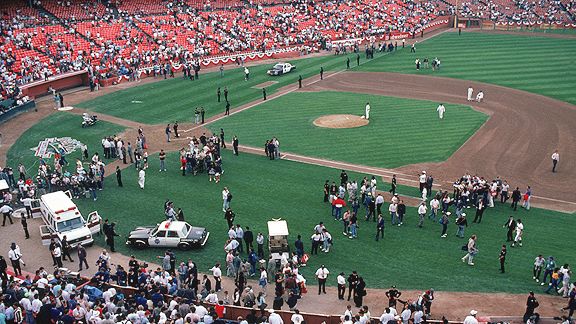 Moments before the start of Game 3 of the World Series at Candlestick Park, a massive earthquake strikes Northern California. The San Francisco Giants were playing the Oakland Athletics in the Bay Bridge World Series. The Bridge that was the symbol of the series was damaged by the quake, measuring 7.1 on the Richter Scale. The game would be postponed as the blimp assigned to cover the game now covered the extensive damage of the quake that killed 63 and injured 3,757 people.