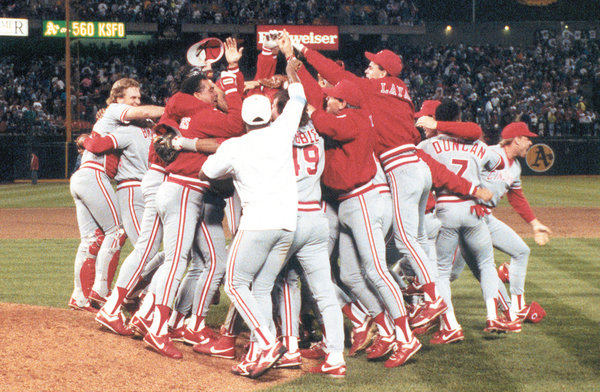 The Cincinnati Reds complete a stunning four-game sweep of the Oakland Athletics in the World Series with a 2-1 win at the Oakland Alameda County Coliseum. Jose Rijo wins his second game of the Fall Classic to earn the World Series MVP. Rijo had played with Oakland from 1985-1987 before he was traded for Dave Parker. Eric Davis was unable to enjoy the celebration after he suffered a lacerated kidney making an attempt at a diving catch in the first inning.