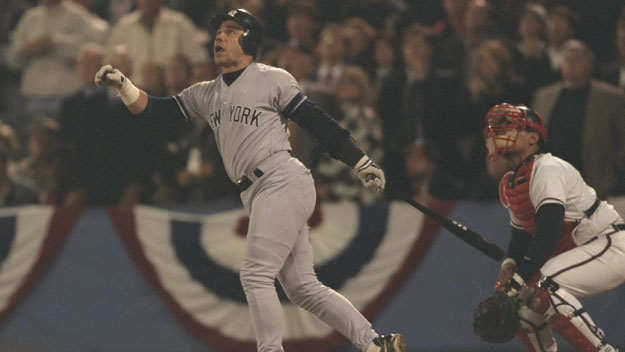 The New York Yankees even the World Series at two games apiece, overcoming a 6-0 deficit to beat the Atlanta Braves 8-6 in Game 4 at Fulton County Stadium. The Yankees had lost the first two games at home before winning Game 3 in Atlanta 5-2. The Braves had a 6-0 in Game 4, but the Yankees rallied, tying the game on a three-run homer by Jim Leyritz in the eighth. The Yankees won the game 8-6 in ten innings. The Yankees would go on to win the next two games and win their first World Series Championship in 18 years.