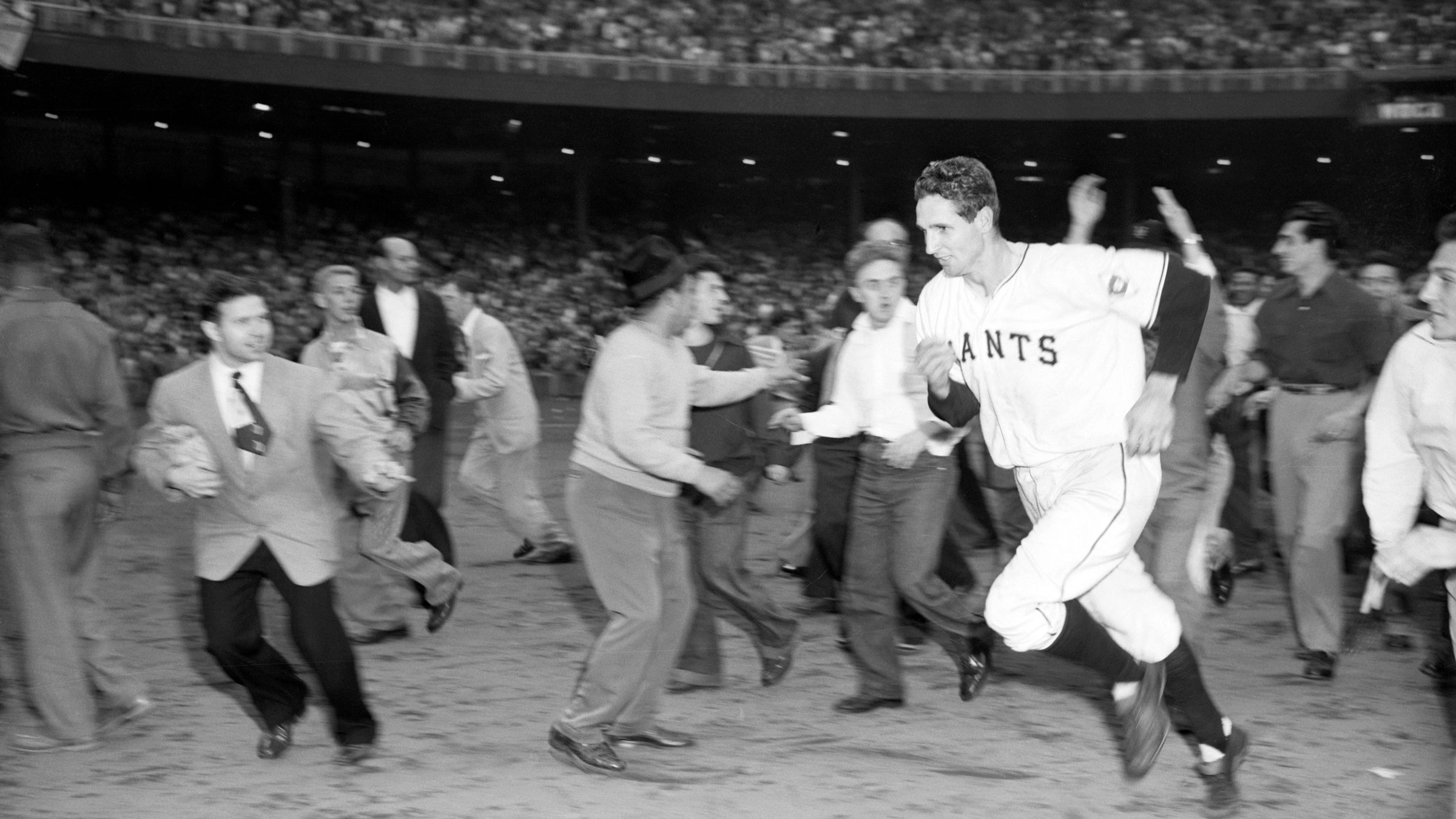 The New York Giants win the pennant as Bobby Thompson hits the shot heard around the world, beating the Brooklyn Dodgers 5-4 in a playoff for the National League Championship. Called “The Shot Heard Round the World” it is the most famous home run in the history of baseball. The Giants rallied from down 13 games and needed a three-game series to decide the pennant with the archrival Dodgers. Down 4-1 in the ninth, the Giants rally to win the game as Thompson hit a pennant-winning three-run home run off Ralph Branca. The Giants would lose to the New York Yankees in six games in the World Series.