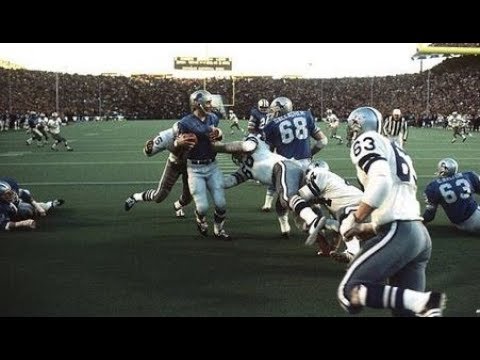 In the lowest-scoring playoff game in NFL history, the Dallas Cowboys beat the Detroit Lions 5-0 at the Cotton Bowl to advance to the NFC Championship Game.  Craig Morton had a miserable game for Dallas, completing 4-of-18 passes for 38 yards. The Dallas defense dominated Detroit, allowing 156 total yards, forcing three turnovers with a safety. The Cowboys would reach their first Super Bowl with a 17-10 win over the San Francisco 49ers a week later.