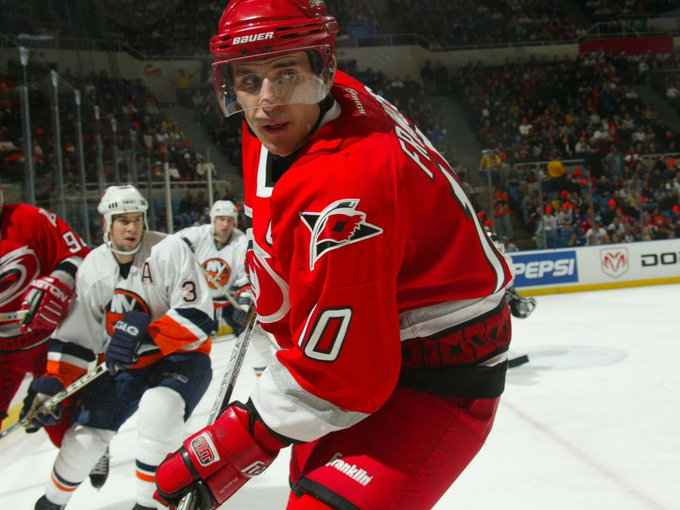 With a first period goal, Ron Francis of the Carolina Hurricanes becomes the second player in NHL history to score at least 50 points in 20 consecutive seasons. The only other player with 50 or more points in 20 straight seasons is Gordie Howe. Francis, on his 38th birthday, helps the Hurricanes earn a 3-1 win over the New York Islanders at the Nassau Coliseum. Ron Francis would end up with 22 seasons of 50 points before retiring with the lockout in 2004.