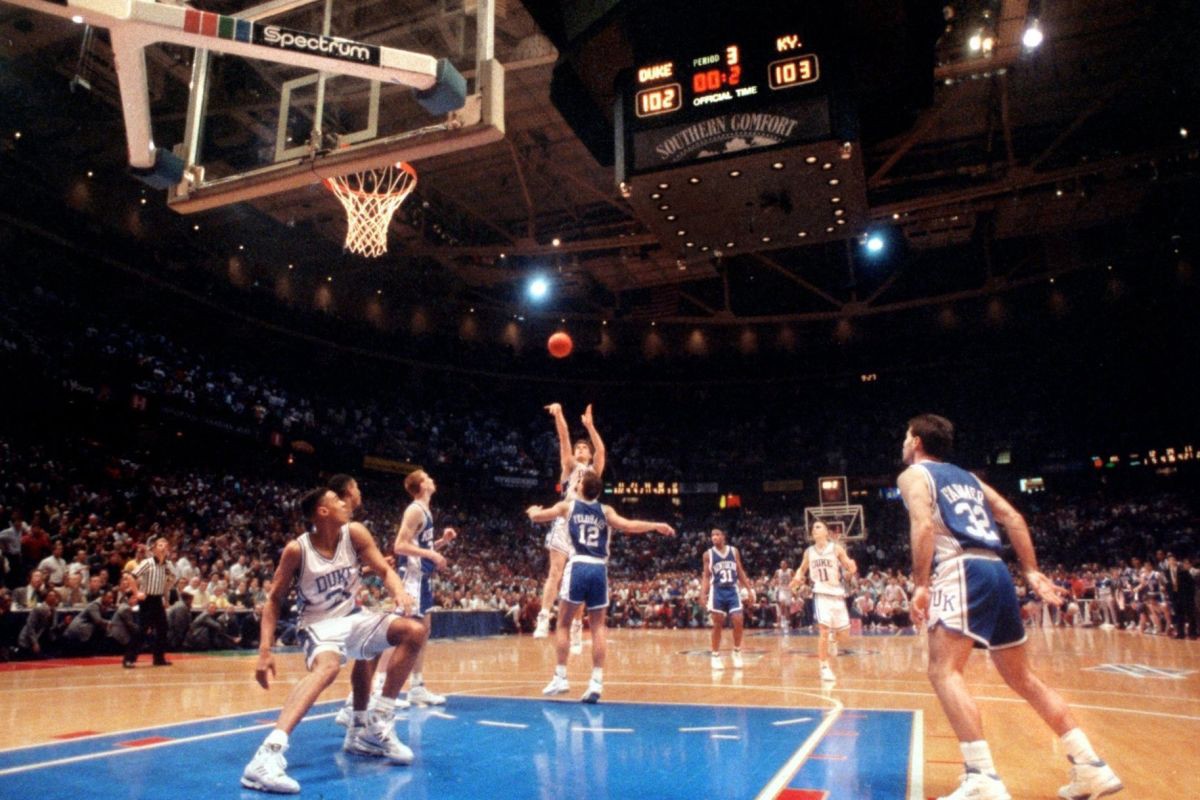 Duke edges Kentucky 104-103 in overtime in the Eastern Regional Final at the Spectrum in Philadelphia. It is the fifth straight Final Four appearance for the Blue Devils. The game may have been the greatest in the NCAA Tournament, as Duke, coached by Mike Krzyzewski and Kentucky led by Rick Pitino, played an intense back and forth game that had one of the most dramatic endings in NCAA history. After Sean Woods gave the Wildcats a 103-102 lead with a running one-hander, Grany Hill tossed the inbounds pass cross midcourt to Christian Laettner at the foul line. Laettner turned around and hit the game-winner at the buzzer.