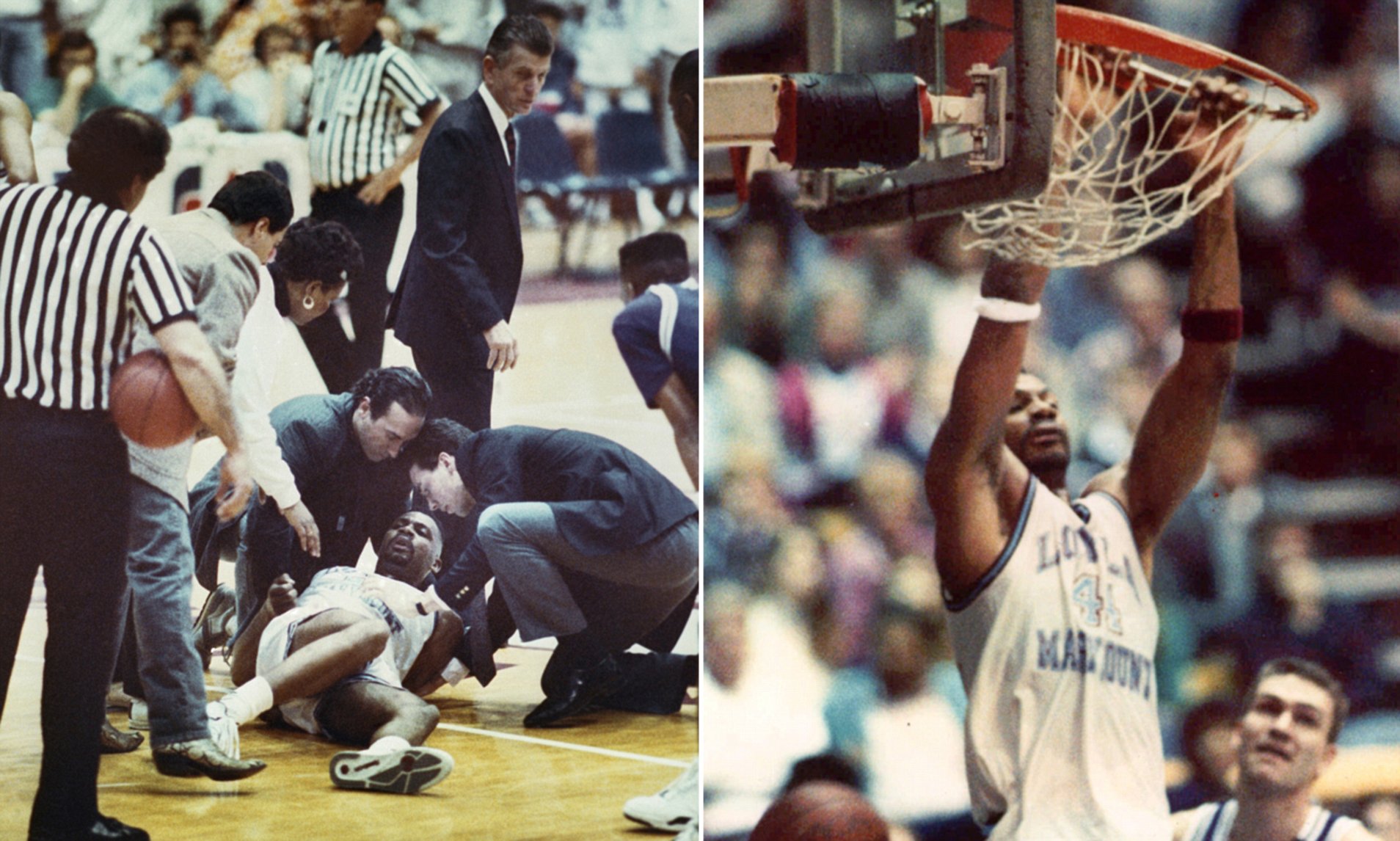 Hank Gathers, a star at Loyola Marymount, collapses and dies moments after making a dunk in a WCC Tournament against Portland. Gathers was the two-time WCC Tournament MVP and was projected as a lottery pick. An autopsy determined that Hank Gathers had a heart muscle disorder, which led to his death at the age of 23. The WCC Tournament would be canceled, as Loyola got the automatic big and went on a run to the Elite Eight, playing in tribute of their fallen teammate.