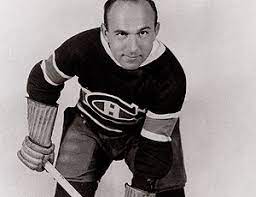 The NHL and Montreal Canadiens are rocked as Howie Morenz dies in a hospital six weeks after suffering a broken leg in a game against the Chicago Black Hawks. Morenz had returned to the Canadiens at the start of the season, after spending the last two seasons with the Black Hawks and New York Rangers. Morenz broke his leg in a game on January 28th. While in the hospital, he became depressed and suffered a nervous breakdown. Howie Morenz died as a result of coronary embolism caused by blood clots. He was 34.