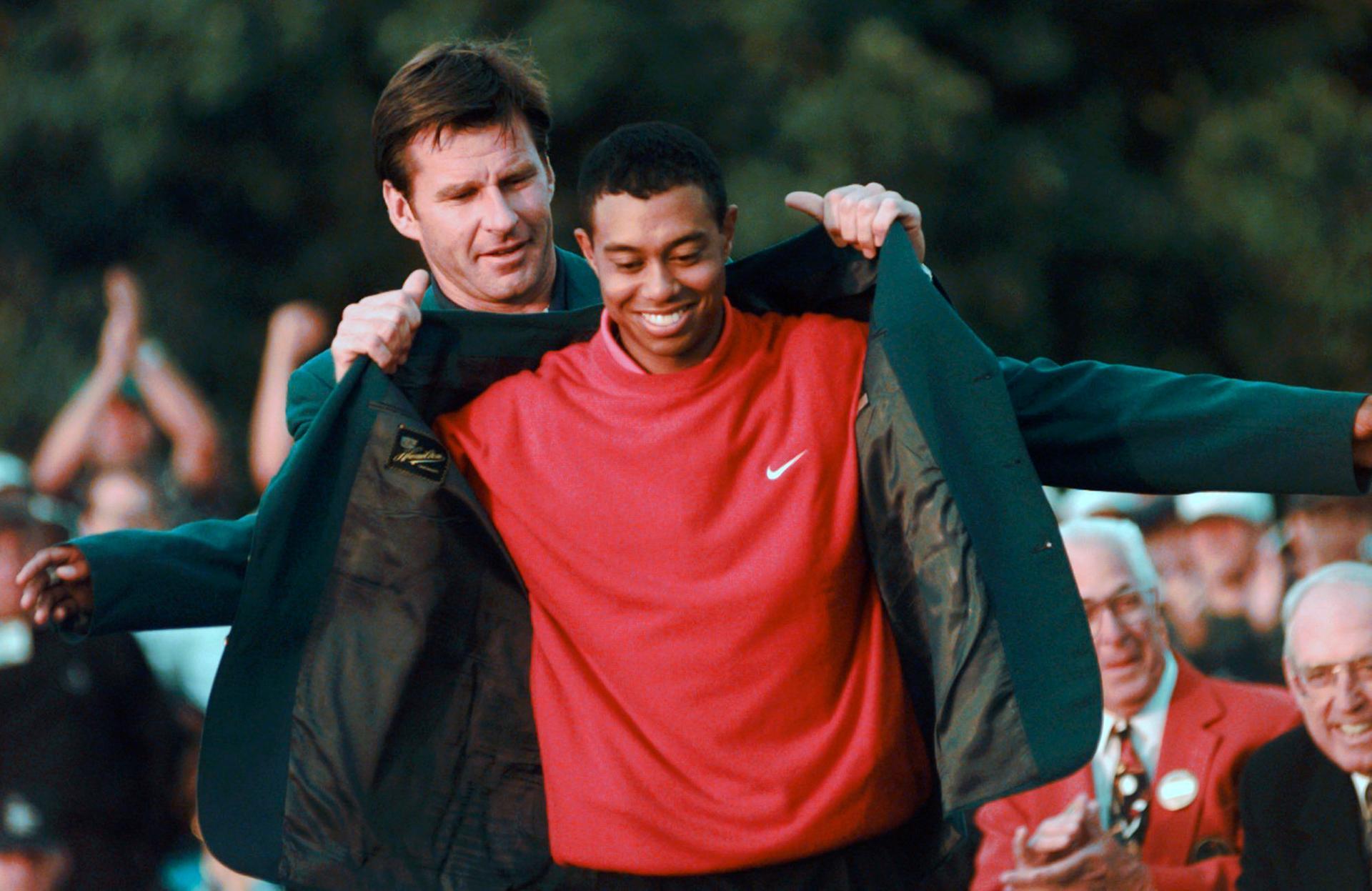 Tiger Woods wins his first major, shooting a record 18 under par to win the Masters by 12 strokes over Tom Kite at Augusta National. From a multicultural background, Tiger Woods is the first African American and Asian American golfer to win a major.  He is also the youngest to win the Masters at 21. After a slow start on Thursday, Tiger Woods found his stroke on the back nine and never looked back, taking the lead on Friday and pulling away to a dominant victory. It would be the first five Green Jackets for Tiger Woods, one short of Jack Nicklaus’ record. He also ranks second with 15 major championships.