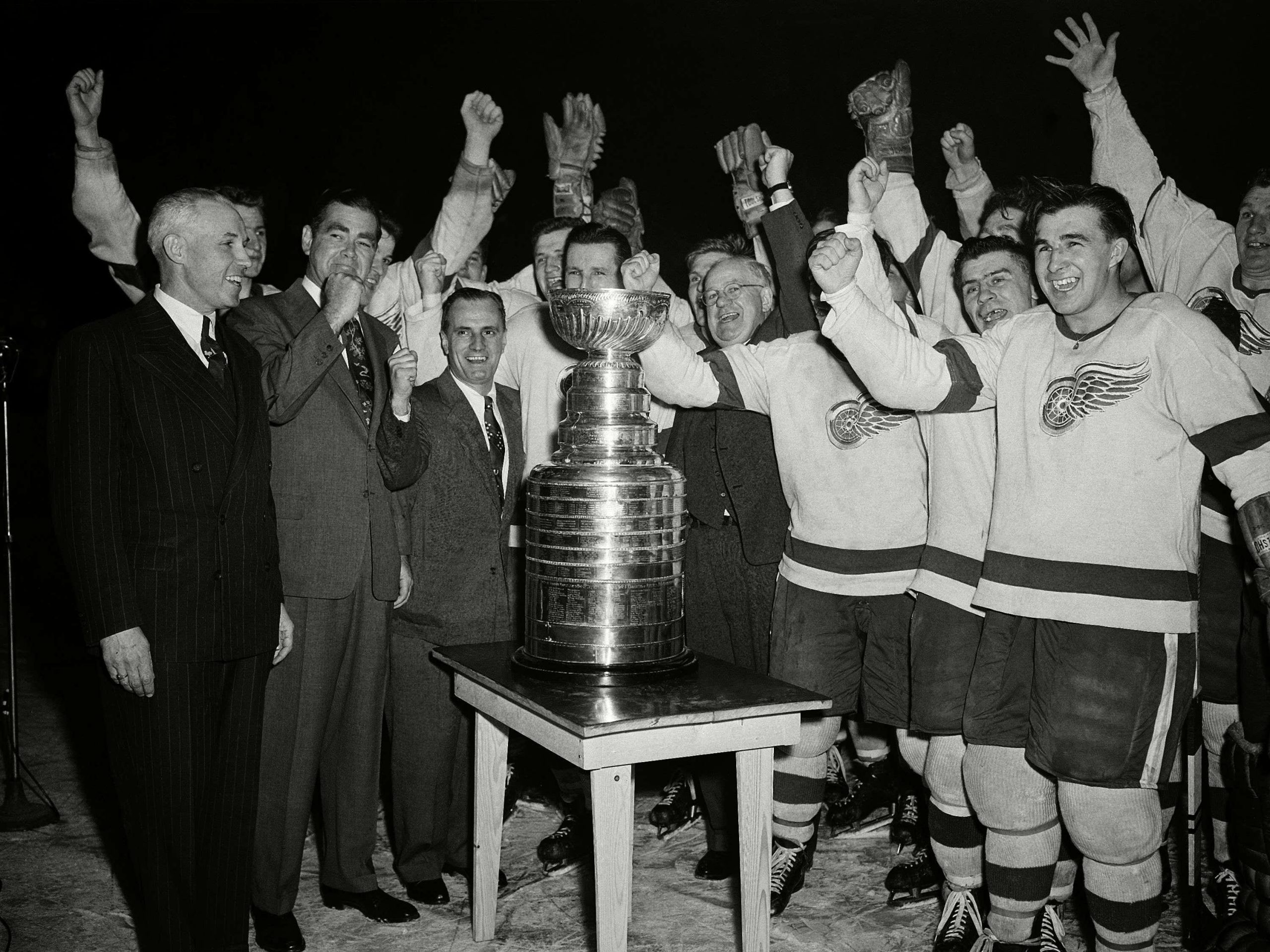 The Detroit Red Wings win the Stanley Cup for the fifth time and the second time in three years by completing a sweep of the Montreal Canadiens with a 3-0 win at Olympia Stadium. The Red Wings dominated the Canadiens, winning all four games by a combined score of 11-2. The Red Wings also swept the reign champion Toronto Maple Leafs, becoming the first NHL team to roll through the playoffs unbeaten. Fans of the Red Wings celebrated each win by tossing an octopus on the ice, starting one of the league’s most unusual traditions.