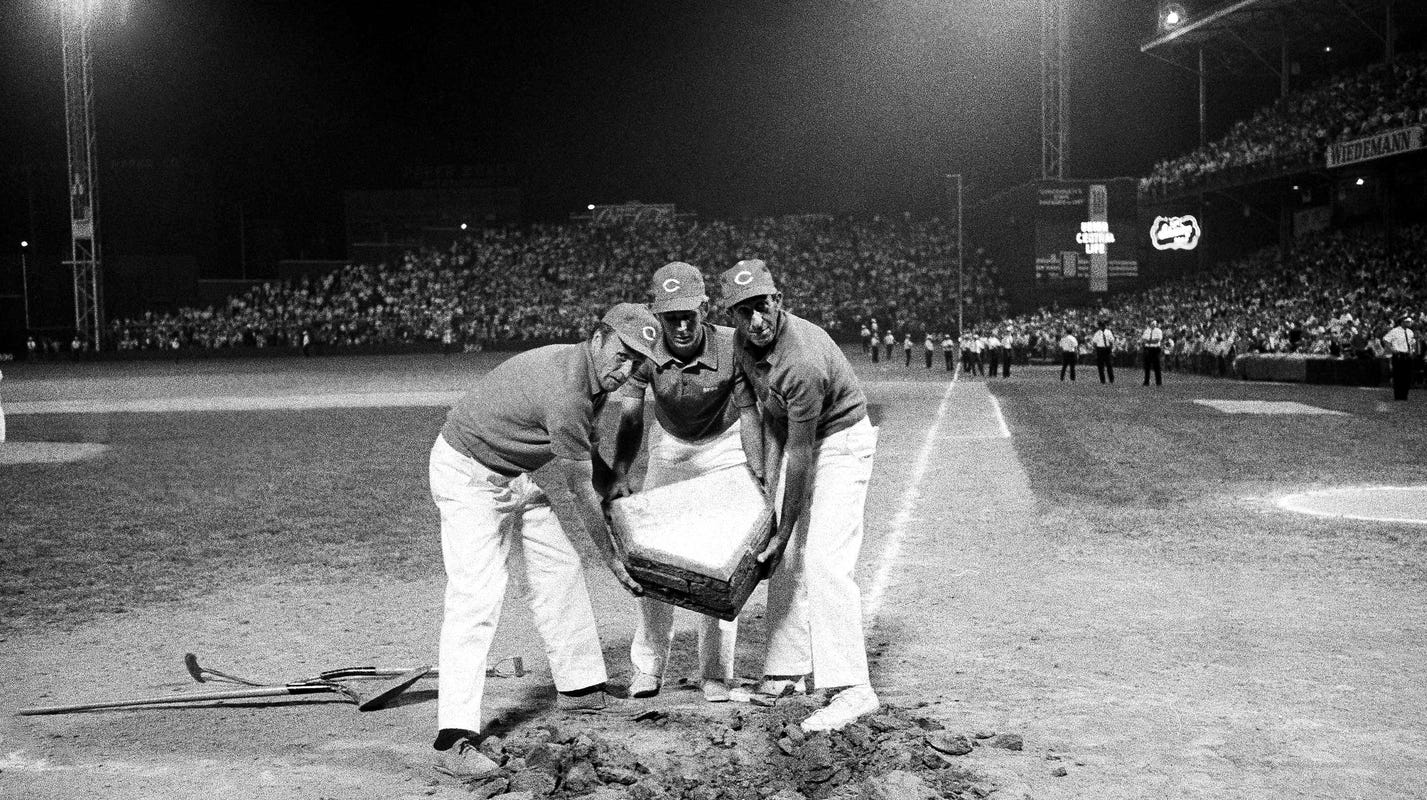 It is the final game at Crosley Field. The intersection at Findlay and Western had been home of the Cincinnati Reds since 1884. Rebuilt twice, it took on its current form in 1912 and was home to the first major league night game in 1935. The Reds would beat the San Francisco Giants 5-4 as Johnny Bench, and Lee May hit back-to-back home runs in the eighth off Juan Marichal after the game home plate was dug up and taken to the Reds’ new Riverfront Stadium.