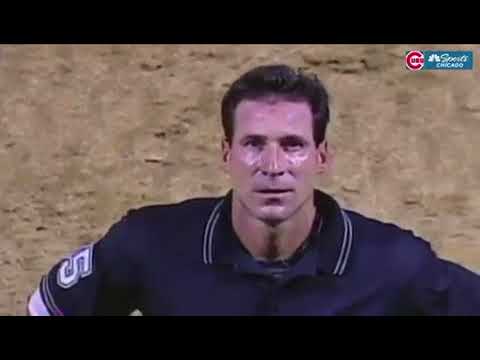 Angered at a controversial all earlier in the game, Steve McMichael in an intoxicated state rankles umpire Angel Hernandez by saying he will speak with him after the game before leading the crowd at Wrigley Field in the singing of “Take Me Out to the Ballgame.” Hernandez orders security escort the former Chicago Bears defensive lineman turned professional wrestler removed from the stadium. The Cubs would go on to win the game 5-4 over the Colorado Rockies on a botched run down.