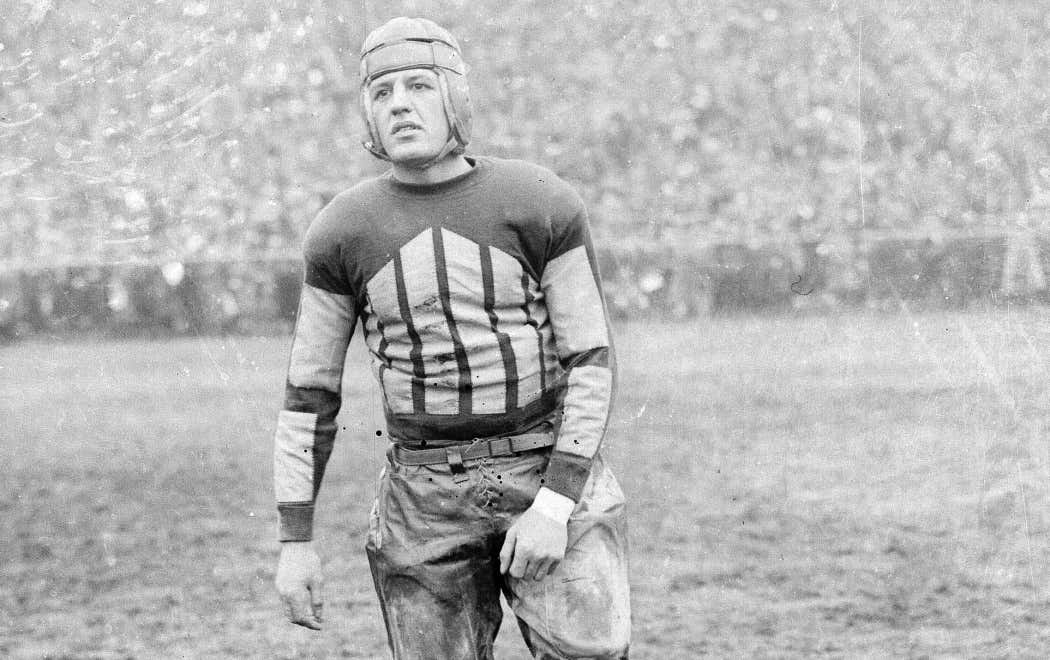 Harold “Red” Grange makes his NFL debut with the Chicago Bears just five days after playing his final collegiate game at Illinois. Grange had little time to prepare for his debut and learn how to play in the Bears’ vaunted T-Formation. The Bears would take on the Chicago Cardinals at Cubs Park, drawing the largest crowd in NFL history with 36,000 in attendance on Thanksgiving. The game would end in a scoreless tie. Over the next two months, Red Grange and the Bears went on a Barnstorming Tour to boost professional football.