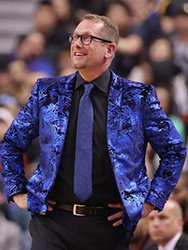 Coming off an NBA Championship, the Toronto Raptors lost their MVP, Kawhi Leonard. Despite that, the Raptors remained one of the top teams in the Eastern Conference, grabbing the second seed as they posted a record of 53-19, which is on par with how they performed last season before their title run. Despite having no real stars, the Raptors are a legitimate contender as they manage to spread the offense evenly, as Nurse hs worked his magic and balanced the team well. 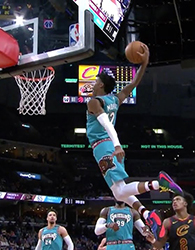 Zion Williamson may have been the most spectacular rookie but did not play enough games as he played just 24 games, after missing the first three months of the season. Ja Morant was healthy and had the Memphis Grizzlies in contention until the end of the season as hey lost the play-in for the final playoff spot. Morant finished second to Williamson in scoring, averaging 17.8 points per game. He was tops among rookies in assists with 7.3 per game. 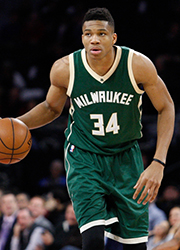 Giannis Antetokounmpo has become the best player in the NBA, as the Milwaukee Bucks finished with the best record in the NBA for the second straight season. Besides being an offensive stalwart, the Greek Freak is a defensive force. Milwaukee had a defensive rating of 101.6, best in the league since 2016. Antetokounmpo was the anchor of the Bucks defense. He allowed just 0.78 points per possession, ranked third in block shots with 2.4 per game and second in rebounds at  13.6 per game. 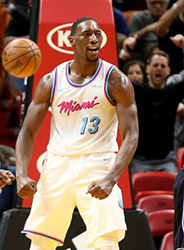 It was a breakout season for Bam Adebayo as he led the Miami Heat to the playoffs and a division championship. Adebayo made his first All-Star appearance and nearly doubled his previous scoring output with 15.9 points per game. Bam also was strong on defense and the boards with 10.2 rebounds per game and a capable playmaker with 5.1 assists per game. 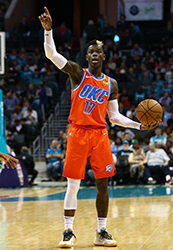 Dennis Schroder was a big reason for the Oklahoma City Thunder overcoming the loss of Russell Westbrook. Coming off the bench, Schroder had some of the best numbers of his career, averaging 18.9 points per game. It was near the highest of his career. Schroder made just two starts in 65 games for the Thunder, who grabbed the fifth seed and was singularly the most valuable player off the bench for OKC. 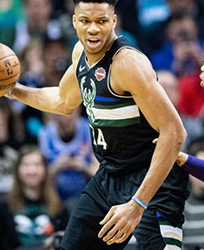 There have only been two players that have won both the NBA MVP and Defensive Player of the Year in the same season. Those players were Michael Jordan in 1988 and Hakeem Olajuwon in 1994. Giannis Antetokounmpo will be the third in 2020. For the second straight season, Antetokounmpo led the Bucks to the best record in the NBA. He ranked third in rebounds with 13.6 per game a career-high. The Greek Freak also had a career-high with 29.5 points per game, which ranked fifth. Giannis Antetokounmpo is the complete package and the MVP for a second straight season.

©MMXX Tank Productions. These are not just mere prediction but whom I believe should win the said awards. Selected by Frank Fleming on August 16, 2020 at 1:35 am ET