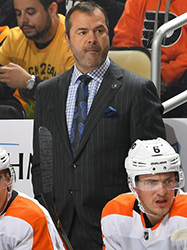 The Philadelphia Flyers had a disappointing season in 2019. The faded out of the playoff race early as they struggled to find a reliable goalie. The Flyers underwent wholesale changes with a new General Manager and a new coach. The new coach was Alain Vigneault, who has a history of success previously taking the Canucks and the Rangers to the Stanley Cup Finals. Under Vigneault were the most improved team in the NHL’s truncated season and are among the top four seeds in the Eastern Conference, playing for seeding as they are in the round of 16. 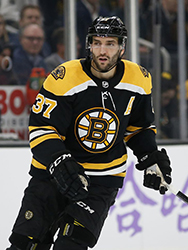 When the Selke Trophy was introduced for the 1977/78 season, it was Bob Gainey of the Canadiens that established ownership of the award given to the Best Defensive Forward in the NHL. In subsequent years, Guy Charboneau of the Canadiens, Pavel Datsyuk of the Red Wings, and Jere Lehtinen of the Stars each won the Selke three times. Still, it was not until Patrice Bergeron of the Boston Bruins that someone matched Gainey’s four Selke Trophies. Now Bergeron stands to do it one better, winning his fifth Selke Trophy. One of the top penalty killers and faceoff men, Bergeron is among the toughest forwards in the league on a consistent basis. 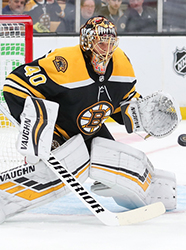 As the Boston Bruins captured the President’s Trophy, Tuukka Rask again was the stalwart between the pipes. The Bruins allowed the fewest goals in the NHL in the truncated 2019/20 season. It is the second time that Rask has been nominated for the Vezina, winning the award for the best goalie in 2014. He had the best GAA in the NHL at 2.12 while his 92.9 save percentage ranked second. In addition, Tuukka Rask had five shutouts, making him the clear choice the best goalie in NHL this season. 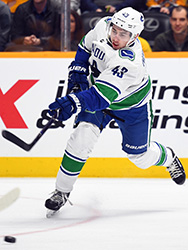 While Jack Hughes was the first overall pick by the New Jersey Devils and got the preseason hype, it was his older brother that had the best season among NHL rookies. Quinn Hughes would be the second consecutive member of the Vancouver Cancucks, to win the NHL’s Rookie of the Year. The 20-year-old Hughes is a big reason for the Canucks success playing strong defense and leading all rookies in scoring with 53 points. Only two other defensemen led rookies in scoring, and that was Brian Leetch in 1989 with the Rangers and Bobby Orr of the Bruins in 1967, who each won the Calder. 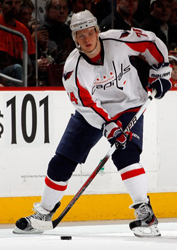 John Carlson led all defensemen in scoring with 75 points and 15 goals. He also led the Washington Capitals in scoring, finishing eight points ahead of Alex Ovechkin. Carlson’s 75 points came in 69 games before the COVID pause. The 1.09 points per game are the most for a blueliner since Ray Borque of the Bruins and Sergei Zubov of the Rangers in 1994. Posting a solid +12, John Carlson was a big reason the Capitals had the best record in the Metropolitan Division when the season was halted. 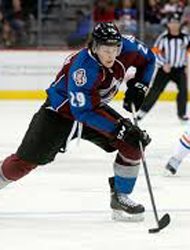 There is one player that is solely responsible for the success of the Colorado Avalance in the 2019/20 season and that is Nathan MacKinnon. MacKinnon ranked in the top five in scoring with 93 points. He led Colorado in scoring and had 43 points more than the second-best player on his team. The Avalanche were one of the four best teams in the Western Conference and will be playing for seeding as they have been assured a spot in the Round of 16. Nathan MacKinnon, also had a +13, while strong defense. No player was more important to his team than Nathan MacKinnon, and that is the definition of MVP.

©MMXX Tank Productions. These are not just mere prediction but whom I believe should win the said awards. Selected by Frank Fleming on August 1, 2020 at 12:00 am ET