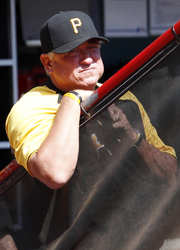 The struggles of the Pirates that last two decades have been well chronicled as they posted 20 consecutive losing seasons, after the heartbreaking loss in the 1992 NLCS. In his first two seasons as skipper in Pittsburgh, Clint Hurdle had the Pirates flirting with .500, only to fade in September. This year no fade was in offing as the Pirates not only posted their first winning season in 20 years they secured a spot in the playoffs and will host the NL Wild Card game after a 94-68 season that brought a baseball revival to the Steel City. 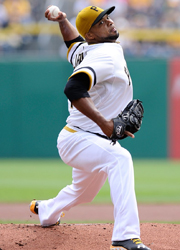 Before he even turns 30, Francisco Liriano has had a full of up and down moments. Following a breakout 12-3 season in 2006 missed an entire season after Tommy John surgery. After struggling to regain his command, Liriano looked like he regained his form in 2010. However, more struggles were to come as he was a pure reclamation project for the Pirates who offered him an incentive laden two year deal. On Tuesday, Liriano who is now the ace of the Pirates will start the Wild Card Game, after completing a solid 16-8 season with a 3.02 ERA and 163 strikeouts. 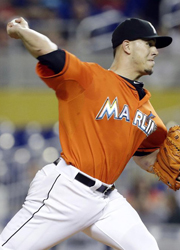 Yusiel Puig may have had the flash and the biggest impact, but the best rookie in baseball this year was the fireballer in Miami. If not for the Marlins semiannual fire sale, the 21 year old Jose Fernandez may have never even seen the big leagues this year, but upon his debut he became something for jilted Marlins fans to cheer. Playing on a team that lost 100 games, Fernandez posted a 12-6 record, while his 2.19 ERA was second best in all of baseball. Not bad for a pitcher who before this season did not pitch above single A. 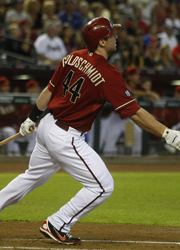 Had the Diamondbacks not faded in the second half there is no doubt that Paul Goldschmidt would be getting serious MVP consideration. His 36 home runs were tied for most in the National League, while he had the best OPS at .952 and a league best 125 RBI that were 16 better than anybody else in the senior circuit. Paul Goldschmidt also was in the top ten in the National League in doubles, while he also led the league with a .551 slugging percentage. 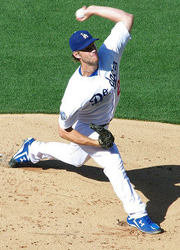 Is there any doubt that Clayton Kershaw is the best pitcher in all of baseball? Last year he finished a close second in the Cy Young race, this year it won’t even be a contest as Kershaw wins the Cy Young for the second time in three seasons. His 1.88 ERA is the best in all of baseball since the year 2000, while his 0.92 WHIP and .195 OBA is among the best since the lowering of the mound since 1969. In addition Kershaw is just fifth pitcher to win three straight ERA titles, joining Greg Maddux, Roger Clemens, Lefty Grove and Sandy Koufax. 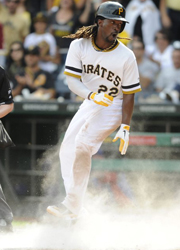 When he was called up in 2009 after the trade of Nate McLouth, Pirates fans initially upset by the deal saw that the future was arriving in Pittsburgh. Right away Andrew McCutchen became a fan favorite with his engaging smile and hard nonstop hustle. Soon it was clear that Andrew McCutchen was more, he was the first true star in Pittsburgh since the departure of Barry Bonds. Those who follow baseball close have appreciated McCutchen for years as he was on the cover of MLB 2013, now he gets some hardware as the NL MVP. McCutchen was a big reason for the Pirates resurgence as he finished the season strong with a .342 average in the second half. 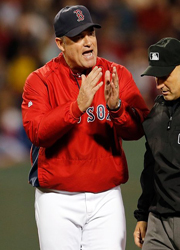 Starting with their late season collapse in 2011, the Red Sox were a mess. The 2012 season was a train wreck as they finished in last place and topped 90 losses with Bobby Valentine. As the season came to a close the Red Sox held a fire sale and looked to be a team that would use the 2013 season to simply retool. However, it was the Sox of old in Boston, as they regained the top spot in the American League East, and won the division rather easily with the best record in baseball at 97-65. For that John Farrell deserves a bunch of the credit. 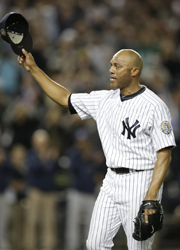 Had his 2012 season not ended on the warning track in Kansas City with a knee injury in May, chances are that Mariano Rivera would have retired. However, the all-time greatest closer in baseball history wanted to end his career on his own terms. That was a grand farewell from fans and opponents alike, with longtime teammates Derek Jeter and Andy Pettitte taking the ball in his final game. However, the farewell tour still proved Rivera is one of baseball’s best relievers even at the age of 43, as he saved 44 games as he finished his career with an all-time best 2.21 ERA. 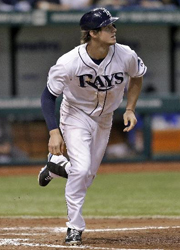 While the National League had a pair of standout rookies, the American League race is more wide open as nobody truly distinguished themselves. One top candidate was Jose Iglesias was even traded during the season. However, the best of the bunch is Wil Meyers, whom was the key player in the James Shields trade this off-season. Though he only played half a season in the majors, Meyers impact was undeniable as he became one of the Rays one reliable hitters as they battled for a Wild Card spot. Meyers had a .835 OPS, with 13 home runs and 52 RBI with a one game playoff left. 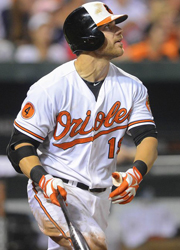 Chris Davis, who once was considered a top prospect in baseball, had the definition of a break oust season in 2013, becoming the first player since 2010 to hit 50 home runs in a season as he set a new franchise record with 53 home runs. Davis also led the majors with 138 RBI, as he posted a 1.004 OPS. In addition Chris Davis joined elite company as he became just the third player in baseball history to a have a season with 50 home runs and 40 doubles, joining Albert Belle and Babe Ruth. 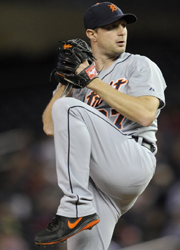 It was not the best of seasons for Justin Verlander, but a new pitcher emerged as the ace of the Detroit Tigers as Max Scherzer grooved his way to a 21-3 season. Scherzer was the only 20 game winner in the majors this season, as he won 19 of his first 20 decisions. Other pitchers may have had better ERA and more strikeouts, but nobody pitched with the consistency of Scherzer, as his 2.90 ERA ranked fifth in the American League, while he had the second best strikeout total with 240. 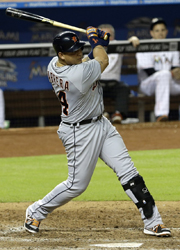 Through most of the second half of the season, Miguel Cabrera battled a sour hip that would have landed most players on the disabled list. However, Cabrera battled through the pain and while playing at 75% he was still better than most players who were healthy. Once again Cabrera led the American League in hitting with a .345 average, the third straight batting crown for Miguel Cabrera. A year after winning the Triple Crown Cabrera finished second in RBI with 137, just one less than Chris Davis, while his 44 homers match his league leading total from 2012. In addition his 1.078 OPS was even better than his Triple Crown numbers, as the Tigers again reigned in the American League Central.

These are not just mere prediction but whom I believe should win the said awards. Slected by Frank Fleming on September 29, 2013 at 11:20 pm ET