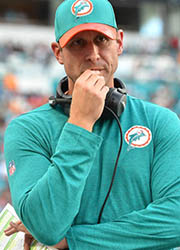 The Miami Dolphins were one the NFL’s biggest surprise teams, making the playoffs for the first time in eight years. The Dolphins were a team that was good at making adjustments and had a solid turnaround after a sluggish 1-4 start, winning nine of their last 11 games. One sign of how well the Dolphins made adjustments under Rookie Coach Adam Gase, was they were one of the top teams in the NFL in the second half, as they had the best point differential after halftime heading into the final game of the season. In addition the Dolphins needed to finish the season with a back up quarterback. 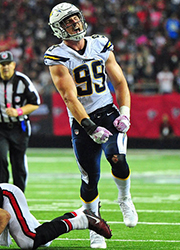 Joey Bosa, chosen with the third overall pick was the top defensive player in the draft. However, he was absent when the season began due to a lengthy holdout. However, despite missing four games and dealing with a hamstring injury, Bosa was ranked among the top rookie in putting pressure on the quarterback. Joey Bosa had 10.5 sacks and 21 quarterback hits in just 12 games. 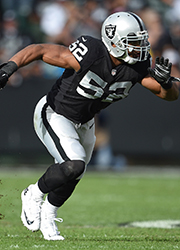 It was a year of resurgence for the Raiders who ended a 13-year streak of losing seasons, and returned to the playoffs for the first time since 2002 by posting a record of 12-4. While, their offense led by Derek Carr was key, the Raiders also had one of the league’s best defenses. The player most responsible for the Raiders defensive greatness was Khlalil Mack who ranked among the best pass rushers in the NFL with 11 sacks. The key game of the Raiders season was their Sunday Night win in Week 9 against the Broncos where Mack had five sacks. 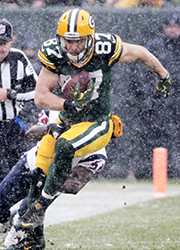 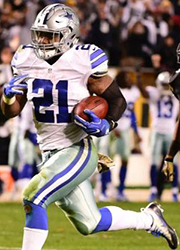 You could almost split the award between the two backfield mates for the Cowboys as QB Dak Prescott showed veteran poise in leading the Cowboys to a 13-3 season. However, the choice should be Ezekiel Elliott who was a game changing running back, and could be the type of rusher that helps bring back the importance of a big back to carry the ball. Elliott easily captured the NFL’s rushing title with 1,631 yards, 300 more than anyone else. Perhaps the only thing keeping him from Eric Dickerson’s rookie record 1,808 was the Cowboys resting him late in the season. 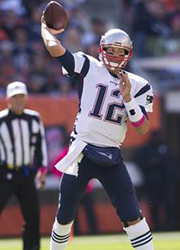 After missing the first four games of the season, sitting out the deflategate suspension Tom Brady came out with a vengeance and had one of the best years of his career at the age of 39. In 12 games, Tom Brady passed for 3,554 yards to lead the Patriots to a NFL best 14-2 record. The stat that stands out most for Tom Brady in 2016 was his Touchdown to interception ratio which was the best in NFL history with 28 touchdowns and just two interceptions. 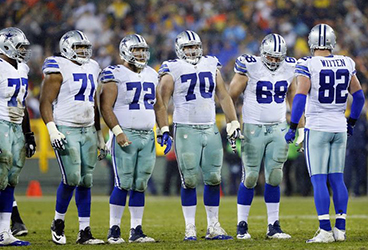 Surely some quarterback, Tom Brady, Matt Ryan or Aaron Rodgers will get the NFL MVP, because that is what the program says. Sometimes a Running Back will get the MVP, occasionally a receiver and rarely a defensive player. However, this year the true MVP of the NFL season was not a player it was a unit. The offensive line of the Dallas Cowboys, who made it possible for the Cowboys to excel with a rookie quarterback Dak Prescott and a rookie running back Ezekiel Elliott, who led the league in rushing. Both were tremendous, but the reason for their greatness were five men on the line who open holes and kept pass rushers away, giving Prescott amble time to make the key passes. The offensive line is the most underappreciated aspect of the NFL but is often the most important aspect of a team’s success. So, I tip my hat, and if I had a vote my NFL MVP is, Left Tackle Tyron Smith, Left Guard La’el Collins, Center Travis Frederick, Right Guard Zack Martin and Right Tackle Doug Free the offensive line of the Dallas Cowboys.

These are not just mere prediction but whom I believe should win the said awards. Selected by Frank Fleming on January 3, 2017 at 11:20 pm ET