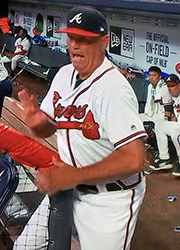 Brian, Snitker has been in the Braves orginization for 40 years. He spent times managing in the minors and coaching in the majors before becoming Atlanta’s interim manager in 2016. After the team struggled under Fred Gonzalez, Snitker helped them play a more competitive brand of baseball that was helpful for the young Braves. In 2018, Atlanta was expected to improve, but not be a factor in the playoff chase. Instead, the young Braves stunned everyone and won the National League East. How can anyone else top that? 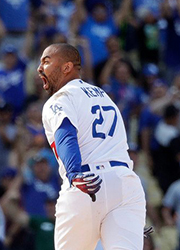 After a lackluster 2017, it appeared that Kemp’s All-Star days were a distant memory. With the Dodgers, it seemed as if Kemp was playing for his baseball life when he came to Spring Training. When the season was over, it was like Matt Kemp turned back the hands of time as he was an All-Star for the first time since 2012, batting .290 with 21 home runs and 85 RBI. As the Dodgers battled for the National League West, Kemp played a key role, with back-to-back games with walk-off hits at the start of September. 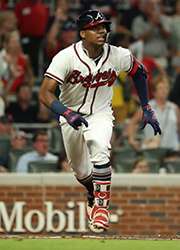 Juan Soto of the Washington Nationals and Ronald Acuna Jr. of the Atlanta Braves having nearly identical stats. Acuna hit .293 compared to .292 for Soto, the Braves rookie also had more home runs, with 26 long balls, compared to 22. However, the 22 home runs is a record for players under the age of 20. Juan Soto did have the edge in RBI 70-64 and a slightly higher OPS at .923 to .917. Acuna did most of his damage at the top of the Braves order with a franchise record eight leadoff homers were vital in the Braves division title. 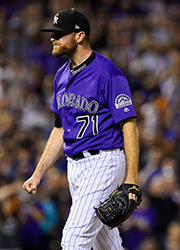 If you lose Greg Holland, it is a good idea to call upon Wade Davis. When Holland went down with Tommy John surgery in 2015, Davis took over as the Royals closer and helped them win the World Series. After Holland left the Rockies in 2017, it was Davis that signed a three-year deal with the Rockies after a season with the Cubs. Wade Davis filled the shoes of Holland perfectly again, leading the National League with 43 saves, two more than Greg Holland had in 2017. 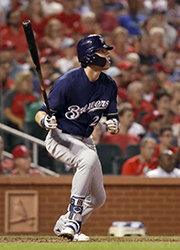 Christian Yelich had a chance at becoming the first Triple Crown winner in the senior circuit since Joe Medwick in 1937. With a .323 average Yelich had the batting title in his back pocket, his 36 home runs were just one less than Nolan Arenado of the Rockies, while he had one fewer RBI than Javier Baez at 110. As the Brewers battled the Cubs for the National League Central, it was Christian Yelich carrying Milwaukee to the finish line becoming just the third player in baseball’s modern era to hit for the cycle twice in the same season. 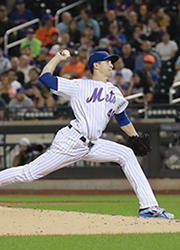 Way too often Jacob deGrom got less than adequate run support as he got two runs or less in 12 starts, he even had to provide his only run support with the Mets only RBI in a game. That is why despite a 1.70 ERA one of the lowest in the last 50 years, Jacob deGrom struggled to get to ten wins and finish at 10-9. However, add in his 269 strikeouts the sheer greatness of Jacob deGrom is there. Consider that his 29 straight games allowing three runs or less broke a century-old record set by Leslie Cole with the Cubs in 1910. 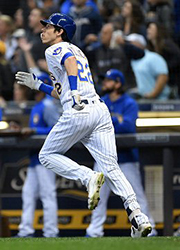 For a long time, the National League MVP race was just as tight as the battle for the postseason.Nearly all the teams battled for the postseason had their own MVP candidate, with Nolan Arenado and Trevor Story driving the Colorado Rockies as they ranked among the league leaders in home runs and RBI. Matt Carpenter with his 36 home runs was key to the Cardinals getting back in the race, while Javier Baez was the MVP candidate for the Cubs with a league-leading 111 RBI. However, with a strong September, that saw him win Player of the Month and come close to winning the Triple Crown, the MVP belongs to Christian Yelich. 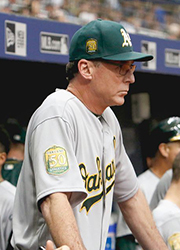 The Oakland Athletics are in the playoffs as the second Wild Card in the American League, after posting a record of 97-65. Quick name as many A’s as you can. Having a hard time? You are not alone. Other than Khris Davis the major league’s home run leader, the Athletics roster is largely anonymous. When the season began, Oakland again using the Money Ball method had the major’s lowest payroll at $66 million. In the second half, the Athletics were one of the best teams in baseball surging past the Mariners into the second Wild Card with a 35-17 record in July and August. 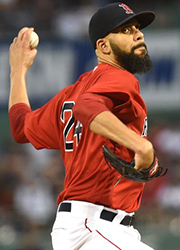 The 2017 season was a year to forget for David Price, who struggled with injuries all season in the second-year of a seven-year contract with the Boston Red Sox. As the season came to a close, Price was relegated to the bullpen, posting a record of 6-3, while making just 16 starts. Price got off to a slow start again in 2018, as he missed a start after playing too much Fortnight, but ended the year as one Boston’s most reliable starters. When the year was over it was the old David Price again, as he back near his career averages with a 17-9 record and a 3.58 ERA with 177 strikeouts. 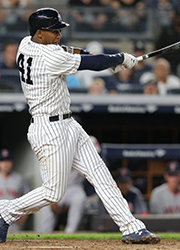 The trendy pick may be for Shoehi Ohtani, who pitched and hit with the Angels and was solud in bothe endevours before getting injured. However, the Yankees without Miguel Andujar would have not made the playoffs, as Aaron Judge was hurt it was Andujar who picked up the slack; leading all rookies in home runs 27, RBI 92, while breaking Joe DiMaggio’s team record with 47 doubles. Any rookie that breaks a record held by Joe DiMaggio is the league’s top rookie. 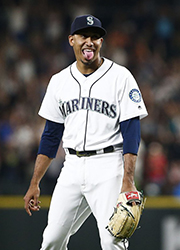 There is only one player to consider when choosing the top reliever in the American League and that is Edwin Diaz of the Seattle Mariners. Diaz played a major role, Seattle’s strong start as he was on pace most of the season for 60 saves. At one point, he recorded 27-straight saves, and became the youngest pitcher to save 50 games in a season at the age of 24. While, the Mariners tailed off in the second half, Edwin Diaz had fewer save chances. However, he did record 57 saves, tying the old record held by Bobby Thigpen, the second most in baseball history. 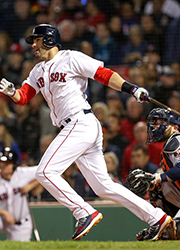 The Hank Aaron Award and American League MVP will be a battle of Boston Red Sox teammates. You could almost flip a coin for the Hank Aaron Award, but to me I think it should go to Designated Hitter J.D. Martinez, who ended up being the most important acquisition in the off-season as he plugged the hole left by David Ortiz’s retirement. Martinez led the team in homers with 43, the majors in with 130 RBI and hit .330 giving a boost to everyone else in the lineup. Mookie Betts stats were on a par and could win this award, but to me I will give him the grand prize, and let J.D. Martinez take the Aaron Award. 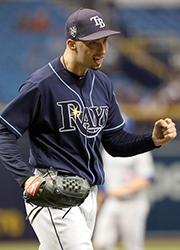 This award seemed to be Chris Sale’s to lose before his shoulder problems. Blake Snell of the Rays came out of the shadows and had a second half for the ages. In helping his team quietly win 90 games, Snell had the lowest ERA in the majors at 1.89, while leading the majors with 21 wins. The 1.89 ERA is the third lowest since the DH was introduced in the American League, if not for playing in Tampa he would be a lock for the award. It was shameful when Snell was nearly subbed for the All-Star game don’t make the same mistake twice. 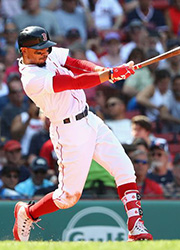 , Mookie Betts was the best hitter in the American League all season with a .346 average, which has become nearly unheard of in this day of advanced metrics. Mookie Betts hit 31 homers and had 80 RBI at the top of the lineup, scoring 129 runs for Boston. Mookie Betts and J.D. Martinez had similar OPS numbers, with Betts finishing at 1.078 to 1.031 for Martinez. However, what clinches the MVP for Mookie Betts over J.D. Martinez is the fact that he is a complete player who not only plays in the field excels in the field with gold glove type defense.

These are not just mere prediction but whom I believe should win the said awards. Selected by Frank Fleming on October 1, 2018 at 11:50 pm ET