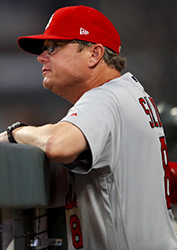 There may not have been a standout candidate for Manager of the Year in the National League in 2019. Dave Roberts and the Los Angeles Dodgers are where they should be, so is Brian Snitker last’s year winner with the Atlanta Braves. The wild card teams in the NL were so flawed it is hard to pick any in that bunch, either. The best choice is likely Mike Shildt who led the St. Louis Cardinals back to the top in the National League Central. After missing the playoffs the last two years, Shildt helped the Cardinals rise above the pack and win the division as he steady leadership was valuable all season. 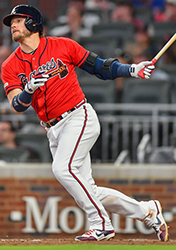 Josh Donaldson, a former MVP with the Toronto Blue Jays in 2015 appeared to be on the verge of sliding out of the game, as he hit just eight home runs in 53 games with the Blue Jays and Cleveland Indians in 2018. Largely unwanted, Donaldson signed a one-year deal with the Atlanta Braves, hoping to prove he could still play at an All-Star level. Josh Donaldson more than passed the test, as he was among the Braves top players down the stretch as he gamble is likely going to pay off with a new multiyear deal. In 2019, Josh Donaldson had 37 and 94 RBI equaling his totals from 2016, the last time he won the Silver Slugger in Toronto. 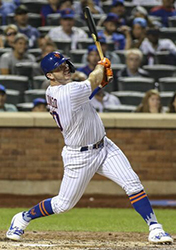 LFGM, Pete Alonso took the Big Apple by storm in 2019 as he set a new record for home runs and became the new face of the New York Mets. Never before had a player on the Mets had anywhere close to 50 home runs, or has a rookie led MLB in home runs, Alonso did both. Up and down, Alonso’s power numbers were impressive as he set five team records. The most impressive though was the 53 home runs, breaking the mark set just two years ago by Aaron Judge. In addition, the Polar Bear as he is known became a valuable team leader as the Mets had a remarkable second-half turnaround after being 11 games under .500 at the break. 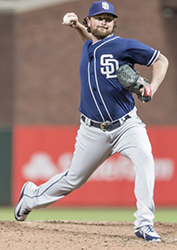 It was a bitterly disappointing season for the San Diego Padres, as they finished in last place at 70-92, despite making a big splash with the signing of Manny Machado. A journeyman from Hawaii, Yates did not enjoy real success in the big leagues until joining the Padres in 2017. After taking over as the Padres closer in 2018, Kirby Yates became an All-Star for the first time in 2019 as he was nearly a stone-cold lock, out of the pen as he had just three blown saves. Despite playing on a last-place team, Kirby Yates led all of MLB with 41 saves, as he had an ERA of 1.19 and 101 strikeouts. 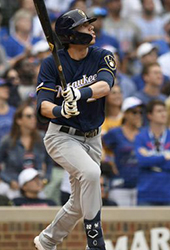 Once again, Christian Yelich was the best hitter in the National League. For the second straight season, Yelich led the National League in hitting batting .329. At the time of his season-ending injury, Yelich also had a shot at leading the league in home runs as he had 41. In addition, Christian Yelich had the best OPS in baseball at 1.100. While his Milwaukee Brewers still slipped into the playoffs, it would have been interesting to see what Yelich and his team could have done is he played all of September. Even without a full season, Yelich will again be in the consideration for a second straight MVP. 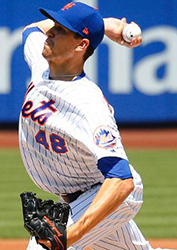 Jacob deGrom struggled at times early in the season as he needed to adjust to his new catch Wilson Ramos. Once he found his groove, deGrom showed why he is the best pitcher in baseball. Again, Jacob deGrom did it without much support, as the New York Mets rarely put up big run totals in his starts. Also, some of the Mets’ most painful bullpen collapses came in games that deGrom was in line to win, especially that six-run meltdown in Washington. Still, Jacob deGrom’s 2.43 ERA ranked second in the National League, while he had league-high 255 strikeouts as well as the best WHIP at 0.97, all this belie his 11-8 record. 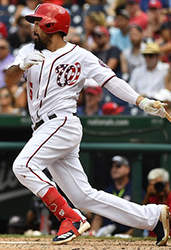 The most exciting awards race will be the National League MVP, where three players have an almost equally good case. Christian Yelich of the Brewers had the average and OPS advantage while missing most of September. Cody Bellinger of the Los Angeles Dodgers had the power advantage as he slammed 47 home runs, ranking third in the National League while adding 115 RBI. The one who is at the top all across the board and the deserving MVP is Anthony Rendon of the Washington Nationals. Rendon led MLB with 126 RBI with 34 home runs, while his .319 average and 1.010 OPS each rank third. What separates Rendon from the rest is his ability to make contact, as he had just 86 strikeouts, which in this new age of high strikeouts and high power stats is impressive. 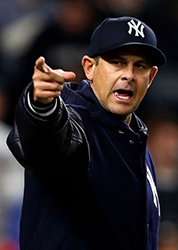 The New York Yankees have an advantage that other teams don’t, with a payroll that annual is among the highest in MLB. However, no amount of money can discount the ability to replace key players on the Injured List. For the Yankees, that test was passed over and over again, as nearly the entire roster was sidelined at one point during the season. This included #1 starter Luis Severino who did not pitch until September. Through it all, the Yankees easily won the Eastern Division and won 103 games, all while a staggering 2,246 man games were lost on the IL. If that does not get Aaron Boone, the Manager of the Year, nothing will. 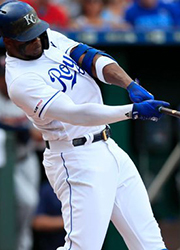 At one time Jorge Soler was one of the top prospects in baseball. He was expected to be a part of the Chicago Cubs young nucleus with Kris Bryant and Javier Baez. After showing early promise, Soler slumped and was eventually traded to the Kansas City Royals for closer Wade Davis. In Kansas City, Jorge Soler fell off the cliff, batting .144 as he was sent to AAA in 2017. His struggles continued in 2018 as he spent half the season sidelined with a broken foot. Nearly forgotten and on a 100-loss team, Jorge Soler came of age in 2019, leading the American League with 48 home runs. Coming into this season, he had just 38 in his first five seasons. 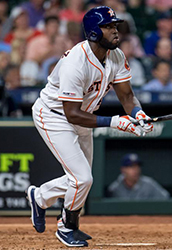 Yordan Alvarez spent the first two months in the minor leagues, but once he was called up, he quickly became one of the best players in an already packed lineup for the Houston Astros. Making his debut on June 9th, Alvarez hit a home run. He would hit four home runs in his first five games, and seven in his first 12. So impactful was Alvarez’s first month, there was even consideration for placing him on the American League All-Star roster. In 98 games, Yordan Alvarez numbers were outstanding as he had 27 home runs and 78 RBI. Alvarez won Rookie of the Month in June and July as he finished the season with an OPS of 1.067. 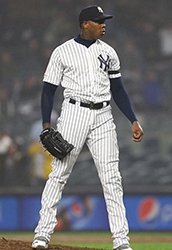 Aroldis Chapman and his 100mph fastball have been dominating the ninth inning since he made his debut with the Cincinnati Reds in 2010. In 2016, he pitched until his arm nearly fell off, leading the Chicago Cubs to the first World Series Championship in 108 years. Returning to the New York Yankees, with whom he began the season, he has anchored their pen ever since. Despite being a six-time All-Star, Chapman has never won the Reliever of the Year Award, until now. The Yankees relied heavily on their bullpen as Chapman had 37 saves, with a 2.21 ERA and 85 strikeouts each ranking the best among relievers in the junior circuit. 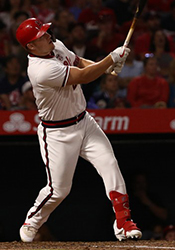 There is nobody that can doubt the best player in all of baseball is Mike Trout. Already a two-time MVP and winner of the Hank Aaron Award in 2014, the Los Angeles Angels outfielder is an MVP candidate every season, despite the Angels being a non-factor in the playoff chase. Before a season-ending injury in September, Trout was leading the American League in home runs with 45 as he once again had the best OPS in baseball at 1.083. Mike Trout’s MVP potential can be debated, as it should take more for that award. As for the Aaron, its Trout’s award by a wide margin. 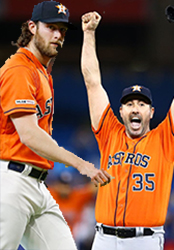 The winner of the Cy Young in the American League is up for debate, as it is a two-man race. What is not debated is that it will go to a member of the Houston Astros. Both Gerrit Cole and Justin Verlander had 20 wins, both had 300 strikeouts, and both had sub-three ERAs. Ranking first and second, in every category the two Houston hurlers have made a Herculean task in choosing one or the other. So why not both? Verlander went 21-6, with a 2.58 ERA and 300 strikeouts, while Cole went 20-5 with a 2.50 ERA and 326 strikeouts. If ever there was a tie this is it, especially since they did it on the same Astros team. 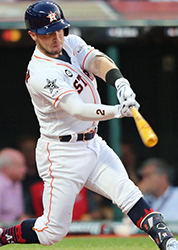 Most Valuable Player; what makes an MVP has been debated since the award was first handed out. It does not say Player of the Year; it is Most Valuable to his team. With or without Mike Trout, the Angels were going nowhere this season. Using the definition Most Valuable, that best applies to Alex Bregman of the Houston Astros. Bregman was among the league leaders in home runs with 41, RBI with 112 and Runs with 122, while his OPS of 1.015 was in Trout’s neighborhood. Add in the fact, that Alex Bregman played at a gold glove level at third and short and you have what an MVP truly is.

These are not just mere prediction but whom I believe should win the said awards. Selected by Frank Fleming on October 1, 2019 at 11:50 pm ET