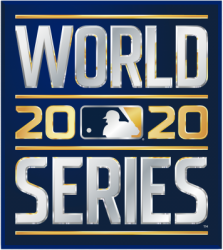 It is the best against the best as the two 40-win teams in the truncated 60-game season are in the World Series. Both the 43-17 Los Angeles Dodgers and the 40-20 Tampa Bay Rays needed seven games to get to the Fall Classic. The Rays nearly blew a 3-0 lead against the Astros, while the Dodgers rallied from down 3-1 to beat the Braves.

The Rays have played the maximum games in the last two series, needing five games to top the Yankees in the Division Series. Other than a few exceptions, the Rays have struggled offensively in the postseason, posting an anemic .209 average. Brandon Lowe has been particularly bad, with a.115 average, while Austin Medows has been batting .114. Randy Arozarena has been the saving grace for Tampa, with a .382 average and seven home runs. Arozarena won the ALCS MVP, but Manuel Margot is heating five home runs and 11 RBI. The Rays invented the opener and have been using it throughout the year and into the postseason. The wear and tear could be catching up with the Tampa bullpen as the Astros began to get good contact with a walk-off win in Game 5 and roughing up Diego Castillo in Game 6. In the Rays are to win the World Series, they will need Blake Snell, Ryan Yarborough, and Charlie Morton to provide length when they start.

Even though they fell behind 3-1 in the NLCS, the Dodgers have shown few flaws. The Braves got three wins thanks to strong starting pitching; once that front line passed, the Dodgers were able to fatten up on the Braves’ bullpen. The Dodgers bullpen played well in the NLCS, especially in the final three games in which they rallied to win the series in seven games. The Dodgers have the knack for the big hit, with Corey Seager winning the NLCS MVP with five home runs against Atlanta. The main concern for Los Angeles is Clayton Kershaw, who may need to pitch a big game. However, with his legacy of postseason struggled, that could be a problem. If the series comes down to Kershaw needing to win a big game, the Dodgers will lose.

The Dodgers have played ten games at Globe Life Park, playing both the Division Series and the NLCS in Arlington’s new stadium that will host the World Series. The Rays have never seen this stadium. B0th teams rely heavily on strong defense, and both teams have gotten great glovework when needed. The Dodgers are the better team, the Rays find ways to win and maximize their talent, the Dodgers are an all-time great team. Had this been a 162-game season, the Dodgers could have won more than 110 games. The Dodgers lost two World Series in 2017 to the tainted Astros and to a Red Sox team that had all their pieces in 2018. This Dodgers team is equal to that Red Sox team and will not fail this time around.