Coaches Who Were Fired Shortly After Winning A Championship

Coaches are hired to be fired, so the saying goes. It’s a rare coach who can survive in charge of the same team for a lengthy tenure. That’s especially true in today’s sports landscape.

With guaranteed contracts, no-trade clauses and waivers required to ship players off to the minor leagues, the control a coach has over their roster is vastly limited from the days when the likes of Vince Lombardi, Red Auerbach and Walter Alston were in charge of top teams.

The most frequent and often the easiest way to shake up a struggling squad is to fire the coach. In fact, you can even make book on it happening. Online sports betting sites actually offer the chances on who will be the first coach fired at the start of all the major sports seasons.

Winning, though, is no guarantee of coaching security. Several coaches were let go shortly after winning championships for their teams. Read on to find out who they were and how it happened.

At the start of the 1997-98 NBA campaign, Bulls GM Jerry Krause claims that Jackson told him he was done as coach of the team at season’s end.

As it turned out, Jackson coached the Bulls to an NBA title over the Utah Jazz – their sixth in eight seasons – and was indeed finished. After taking a year off from coaching, Jackson moved on to the Los Angeles Lakers and won five more NBA titles. 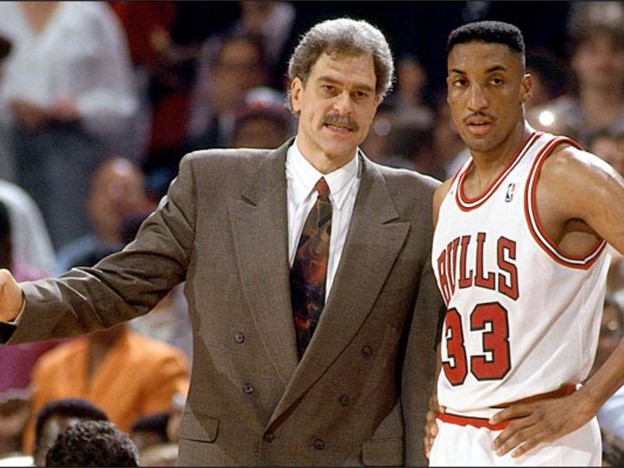 “Phil Jackson” by NBA is licensed under CC BY 3.0

Claude Ruel guided the Canadiens to the 1968-69 Stanley Cup, their 11th title in 14 seasons. But Montreal missed the playoffs in 1969-70. When the team was again struggling the next season, MacNeil was brought in to replace Ruel.

MacNeil led Montreal to a surprise Stanley Cup win behind rookie goalie Ken Dryden. But he had a much publicized disagreement with Henri Richard in the final series against Chicago and benched the veteran forward. That summer, MacNeil was replaced by Scotty Bowman and Richard took over as Montreal captain for the retired Jean Beliveau.

After lost the the 1960 World Series in seven games to the Pittsburgh Pirates, Stengel was fired. The team pointed to Stengel’s age (70) as the reason for the change.

However, the massive egos of Johnson and team owner/GM Jerry Jones ultimately couldn’t coexist. They disagreed on personnel decisions and Jones publicly stated anyone could’ve coached the talented Cowboys to their titles. Johnson was out of a job in March of 1994. 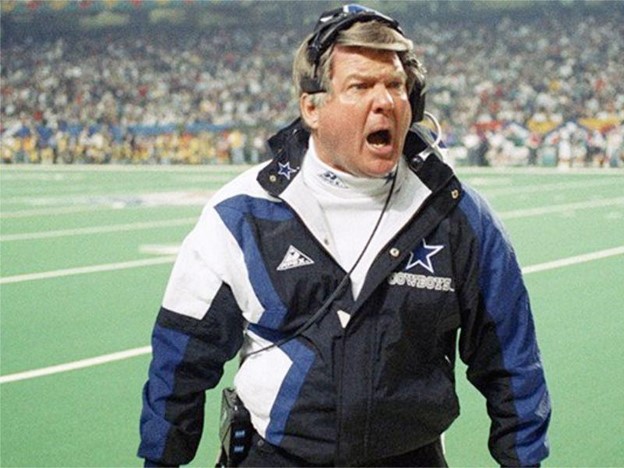 “Jimmy Johnson” by AP Photo/Ron Heflin is licensed under CC BY 3.0

Taking over for the fired David Blatt during the 2015-16 season, Lue guided the Cavs to the NBA Finals, where they rallied from a 3-1 series deficit to beat Golden State.

Cleveland went back to the Finals and lost to Golden State in each of the next to seasons. Then LeBron James left for the Lakers. When the Cavaliers began the 2018-19 season 0-6, Lue was out of work.

Iron Mike was the master of his own demise. Shortly after guiding the Rangers to their first Stanley Cup title since 1940, Keenan set out to sell his wares to the highest bidder. He took advantage of a trip to Windsor, Ontario for the wedding of Rangers forward Adam Graves to see what the Detroit Red Wings would offer him. Then he met with the St. Louis Blues, who decided that they wanted Keenan running their team.

Rangers GM Neil Smith, who’d grown weary of dealing with the antics of the demanding Keenan, was happy to let him go.

The Colts should’ve won Super Bowl III. But two missed field goals and four interceptions made a folk hero out of Joe Namath as the New York Jets upset 15-1 Baltimore 16-7. Two years later, McCafferty led the Colts to a 16-13 victory over the Dallas Cowboys in Super Bowl V.

They lost to Miami in the 1971 AFC Championship Game. That offseason, Robert Irsay purchased the Colts. When Baltimore stumbled to a 1-5 start in 1972, McCafferty was issued his walking papers.