Can the Mets bounce back from the injuries

All Mets fans will know how to roll with the punches, but the recent 5-4 defeat by Atlanta Braves will really hurt. As soon as Ronald Acuna Jr hit that homer off Jacob Barnes in the ninth, the Mets knew it was over.

It was a game that the Mets went into knowing that it was theirs for the taking. After all, the Braves had been on a rotten losing streak and the Mets were primed to take advantage. For a while it looked like the Mets were taking control of the situation as they racked up a two run lead relatively early on.

However, Acuna managed to somehow find his form after a barren spell and after Barnes had two strikeouts in the eighth, the Braves player took full advantage in the ninth to get his 13th homer. This meant that Atlanta halted a five-game losing streak at home, while the Mets couldn’t claim the sweep of the three-game series.

Can the Mets go all the way?

Many expected the NL East to be one of the toughest divisions in the MLB, and while it has provided plenty of interesting encounters, many think that the overall winner of the World Series could come from one of the other divisions.

Not that baseball fans in New York need to give up on getting any wins in 2021. After all, just like you can go to www.horsebetting.com/tips/ and get help with your predictions for the Belmont Stakes race in June, it’s worth noting that the Mets are still the sportsbooks’ favorites to top the NL East.

However, few would deny the basic fact that the Los Angeles Dodgers are looking incredibly strong this time around. Based on current form, it’s easy to see the Dodgers racing on to pick up the World Series title in October and few teams have shown the consistency of that team.

While it will be hugely depressing to all Mets fans, it has to be said that the New York Yankees are also looking good in 2021. Plus you shouldn’t discount the likes of San Diego Padres who could easily put in a major challenge for the World Series.

Interestingly, it looks like the Tampa Bay Rays have lost the excellent form that they showed in 2020, and it’s another reminder of just how quickly things can change in baseball. Much of the Mets’ fortunes rests on whether they can overcome the devastating run of injuries. If the Mets can hold it together, then there’s no reason to see why they can’t go all the way

The good news is that the Mets won’t have too long to sit and feel sorry for themselves. This is because the team will head to Miami on Friday where they start a weekend series against the Marlins who are off the back of an excellent 1-3 win over the Philadelphia Phillies. Such a result was all the more impressive as it came on the back of a punishing first-game 8-3 win for the Phillies. 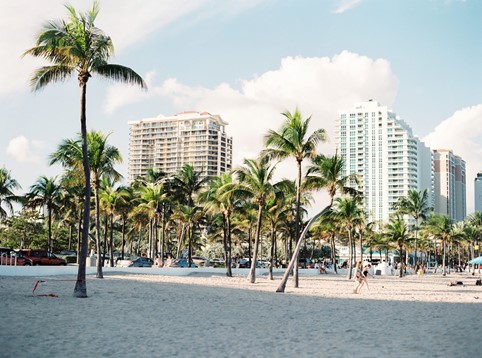 The Marlins are currently in fourth place in the NL East table, and few people would expect any team to put in a serious challenge for the Mets at the top of the table. However, much of that depends on whether the Mets can overcome what’s been a debilitating injury crisis with key players like Pete Alonso among the walking wounded. But with smart trades featuring the likes of the incoming Cameron Maybin, it’s hoped that the Mets might make it through the regular season intact.