Can Tiger Woods Echo Past Glories at St Andrews? 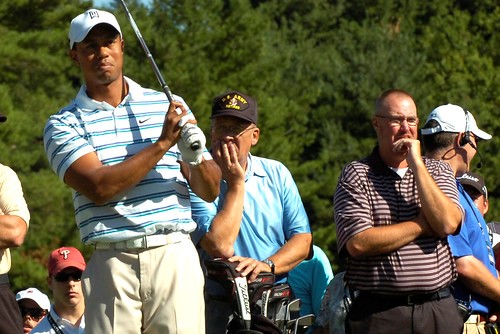 The 2022 edition of the Open Championship returns to the spiritual home of golf. It’s the 150th anniversary of this Major tournament so it’s fitting that this year’s action will take place on the iconic Old Course at St Andrews.

Hoping to be in the field is a certain Tiger Woods. Those injuries sustained in a horrific car crash in 2021 mean that he may never get the chance to add to his 15 Major titles but the setting may just offer some inspiration.

Tiger Woods has won the Open Championship on three previous occasions. The good news for those that like to spot trends tells us that two of those victories have come on this St Andrews course.

2000 saw Tiger lift the Claret Jug for the first time as he won by a huge margin of eight strokes over Thomas Bjorn and Ernie Els in joint second place. Woods’ victory in 2005 was almost as emphatic as he beat runner up Colin Montgomery by five clear strokes.

Since that success in 2005, the Open has returned to St Andrews on two further occasions. Woods failed to threaten the leaderboard in 2010 or 2015 but he clearly has an affinity with this historic course. Could that previous success suggest a challenge for the title in 2022?

Tiger Woods is receiving little support among neutral sources as he aims to win the Open Championship which runs from Thursday 14th to Sunday 17th of July. World Number Two Rory McIlroy has been installed as the sportsbooks’ favorite and he is followed by Jon Rahm, Scottie Scheffler and Justin Thomas.

Also expected to make a challenge are the defending champion Collin Morikawa plus the new US Open champion Matthew Fitzpatrick. As for Tiger Woods, he is down among the outsiders.

Those odds are supplied by the best betting websites as sourced by sbo.net. Once the first ball is hit, they will switch to in-play platforms and will remain in place until a winner is decided.

While the market is open, visitors to the sbo.net site can assess the odds, while taking in news and opinion stories relating to the world of golf. If they want to put their knowledge to the test, it’s also possible to register with any of the panel of recommended bookmakers.

Each operator has the capacity to accept new customers and many have a generous welcome offer in return for registration. After completing the secure sign up form, a range of deposit options are available to help add opening funds.

A host of other sports are available via those sportsbooks while other benefits will generally include in-play betting, ongoing offers and the ability to stake via a mobile app.

It’s a logical site to follow for those who are looking to bet on any golf tournament, but does Tiger Woods have the capacity to upset those odds?

What can we Expect from Tiger Woods at St Andrews?

The first point that Tiger needs to address is his fitness. His place in the Open Championship isn’t guaranteed after pulling out of the PGA Championship and subsequently skipping the US Open.

As he tentatively makes his comeback, Woods is focusing on the Majors and he would dearly love to feature at St Andrews. This may well be his last chance to play on the Old Course but his ability to endure four days of golf remains in question.

If he does make the final declaration, it’s difficult to know what to expect. In the early holes of the 2022 US Masters, Tiger was under par and looked as if he could sustain a challenge. That promise tailed off later in the round but there were signs that the quality remained.

Woods clearly has a liking for the Old Course at St Andrews which suits his game. The location doesn’t tend to favor the power hitters and the challenges that links golf offer could play into Tiger’s hands.

In short, the quality is still there but the biggest issue for Tiger Woods at the 2022 Open Championship relates to fitness and the doubts over his ability to sustain a challenge over four days.