Europa League 2020: A look at the four stadiums which will host the remainder of the tournament 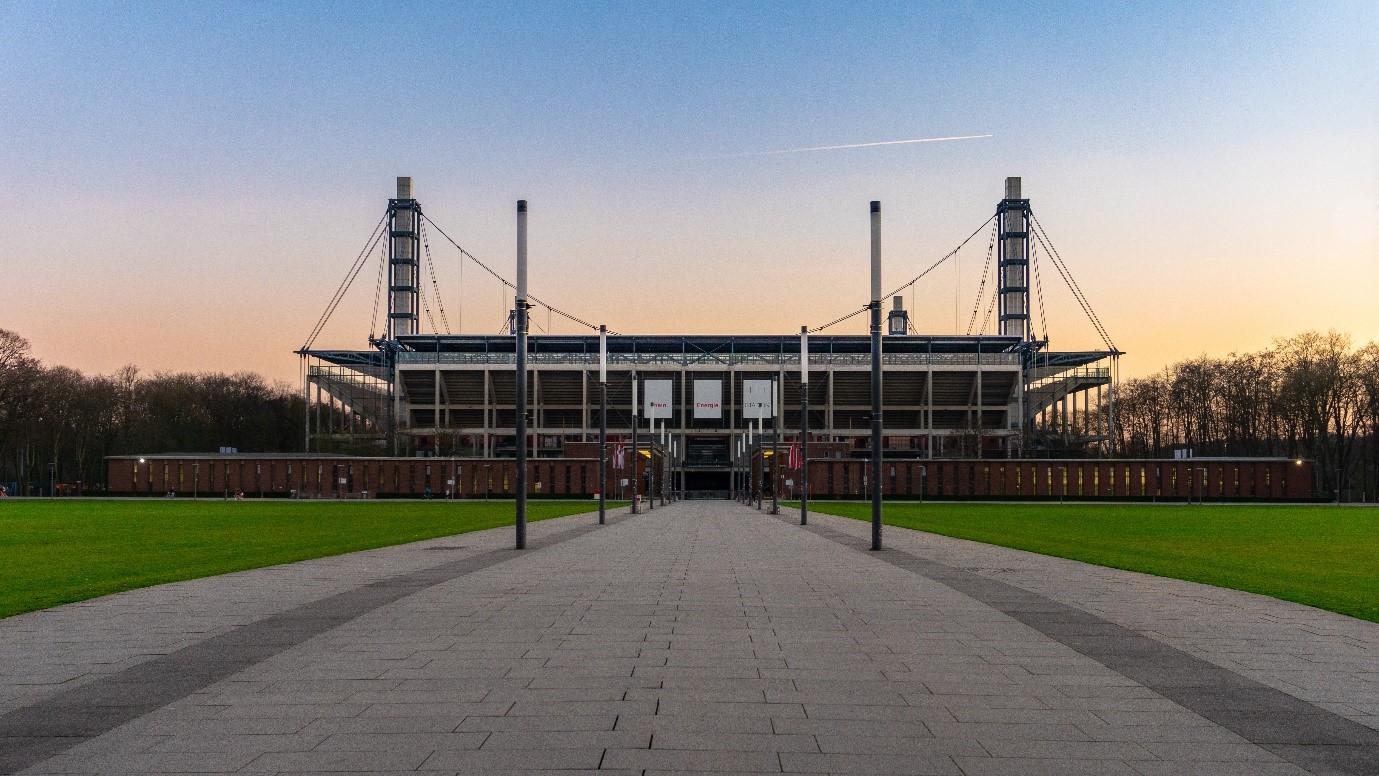 After being indefinitely suspended due to the coronavirus pandemic, the resumption of the 2019/20 Europa League is upon us. However, the remainder of the tournament will be played out in a completely new, and unique, format. Whilst most of the teams left in the competition, including Manchester United – who are the favourites in the Europa League winner odds – and Wolverhampton Wanderers, will play – or have played – their round of 16 second legs at the originally scheduled venue, two fixtures will be played as one-off ties in Germany. However, when it comes to the quarter-finals, and the rest of the tournament, all the remaining games will be played at four venues across Germany. With that in mind, let’s take a look at the four stadiums in question.

Arena AufSchalke, also known as the VELTINS-Arena, is located in the Gelsenkirchen, North Rhine-Westphalia region of Germany, and is the home of Bundesliga side FC Schalke 04. The stadium first opened its doors in 2001, and is no stranger to hosting major events! The 54,740-seater stadium, which can hold 62,271 for league matches, hosted the 2004 Champions League final between Porto and Monaco, before holding five matches at the 2006 FIFA World Cup.

The arena was the venue for Getafe and Inter Milan’s single-legged round of 16 fixture – which Inter won 2-0. The VELTIN-Arena will host a further quarter-final tie, and the possibility of a semi-final fixture – with the venues yet to be announced.

The RheinEnergieSTADION, which is located in Cologne – just one hour away from the Arena AufSchalke – is the home of 1. FC Köln, who narrowly escaped relegation from the Bundesliga after finishing 14th. The ground, which was built on the same site as its two pre-successors, opened its doors in 2004. Soon after its renovations, the 45,965-seater stadium hosted the 2005 FIFA Confederations Cup, before also welcoming five 2006 World Cup games.

Whilst it was overlooked to host one of the two round of 16 games being held in Germany, the RheinEnergieSTADION will host a quarter-final tie and a semi-final fixture, whilst it also has the honour of holding the final – behind closed doors, of course!

The MSV-Arena, which is also known as the Schauinsland-Reisen-Arena, is located in Duisburg, which is also in the North Rhine-Westphalia region of Germany. Unlike its counterparts, the stadium, which holds just 31,500 people, is the home of a 2. Bundesliga side, MSV Duisburg. Built in 2004, the MSV-Arena sits on the same site as the old Wedaustadion, which was the second-biggest stadium in the country when it was built in 1921. The stadium hosted the 2005 World Games, and will be the venue for Roma and Sevilla’s round of 16 single-leg, whilst it will also host a quarter-final.

Previously known as the Esprit Arena, the LTU Arena, and the Düsseldorf Arena, the Merkur Spiel-Arena is a multi-functional football stadium located in Düsseldorf. The 54,600-seater stadium is the home of Bundesliga side Fortuna Düsseldorf. The arena, which has a retractable roof and a world-class heating system for events in the winter, opened in 2004, although, it was overlooked to host games during the 2006 World Cup. However, despite the snub, it has held German international games since. The Merkur Spiel-Arena will host at least a quarter-final during the up-coming Europa League mini-tournament.