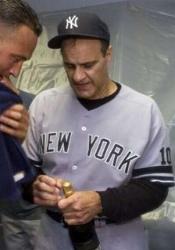 At 21-29 on May 29th the Yankees were all but given up for dead, Roger Clemens was on the way, but how was he going to help the Yanks who looked old and out of gas. However, some how some way with unproven rookie in key spots the Yankees came alive posting the best second half record in baseball to reach the playoffs for the 13 straight seasons. While the Yankees talent often overshadows Torre, there is no doubt that there turnaround has to be attributed to his ability to mold the young players with the high priced regulars. 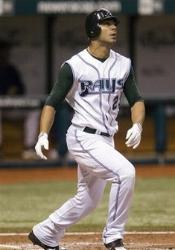 Limited to just 97 games the past two seasons combined it looked as if Carlos Pena’s career was all but over, when he signed a Minor League Contact with the Tampa Bay Devil Rays. However, given an opportunity Pena not only revived his career, but had the best year of his career smashing 46 homers, while driving in 121 RBI. You can bet that he will be getting allot more then the $800,000 he made in 2007 this off-season when he hits the open free agent market. 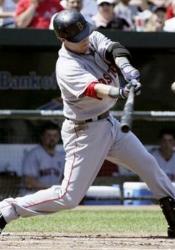 When he was called up he was thought of as a defensive 2B to help the Red Sox pitching staff, but when he ended up batting .317 and providing a spark at the top of the line up he proved to be so much more valuable as the Red Sox won their first division title in 12 years. However, it is what with the glove he shined best giving the Sox a possible gold glover for years to come at a key position up the middle as he committed just six errors in his first full season in the majors. 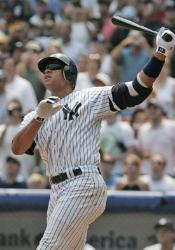 For the first half of the season he was the sole reason to watch the Yankees, as he began the season with a bang two walk off homers as part of an awesome April, which saw him hit 14 home runs and drive in 34 RBI. When the season was over A-Rod who has an opt out clause in his contract led the Majors in HR with 54 and RBI in 156, becoming the first right handed Yankee batter to hit 50 or more homers, while in the process becoming the youngest player ever to reach the 500-HR career milestone. 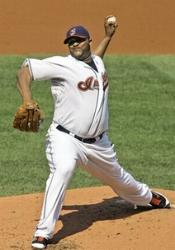 You can almost take a coin and flip it to chose this years Cy Young winner in the American League both Josh Beckett and C.C. Sabathia have similar numbers, and both led their teams to division titles, and both could make a strong case. However, in the end the vote goes to Sabathia, because he had the better second half and pitched in more clutch situations, as the Red Sox held a big lead all year, while the Indians won their division with a strong September, which was led by C.C. Sabathia who went 4-0. 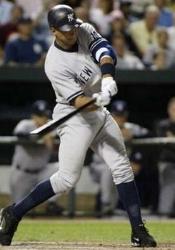 When he began the season he was in the Yankees doghouse off a disappointing 2006, as some doubted his ability to get the clutch hit, but after two Walk Off homers in April there was no doubt A-Rod was the best player to have up with the game on the line for the Yankees. When things were going bad early he kept them afloat his 9th Inning HR in June at Fenway is considered by some to be the turning point of the Yankees season and his 54 HR and 156 RBI rank among the best offensive seasons ever for the Yankees, put it together and you spell MVP. 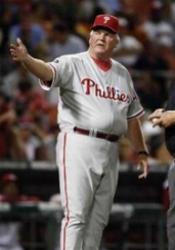 Charlie Manuel is everything a manager should be he’s fiery, as seen with his confrontation with a Philadelphia reporter back in April when the team was off to a bad start. He kept his team’s head in the game and enabled them to make a stunning September comeback winning the NL East as other managers talked about tipping caps and turning pages, and sipping champagne even though in the end it was Manuel that was the one that was sipping the champagne and for a fan base that lived through 1964 it was sweet. 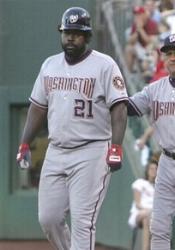 Last year could not be any worse for Dmitri Young, as he lost his starting job with the Detroit Tigers, and spent 30 days in rehab as he sought treatment for treated for alcohol and substance abuse, and depression. When he returned a month before the playoffs he was released. Things continue to spiral downward when he was diagnosed with type 2 diabetes and had to settle for a minor league contract with the Nationals. However, in Washington he would drive as he hit a career high .320 with 13 HR and 74 RBI. 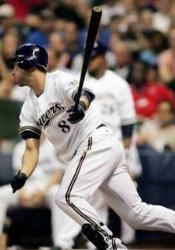 The Brewers may have fallen short of their first division title in 25 years. While they did post their first winning record since 1992, the prospects for an even brighter future are all around thanks in part to 3B Ryan Braun, who led all rookies with 34 Home Runs and 97 RBI, while batting a solid .320, and this was in just 113 games, after being called up from AAA at the end of May. Had he played a full season his numbers would have been even more impressive. 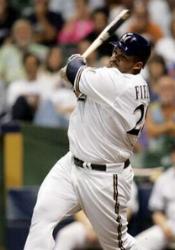 His 50 Home Runs led the National Leagues as the Brewers were in contention until the final week of the season. Season’s like this would be good for a veteran but for the 23-year old Prince Fielder it was just his second full season, and there are likely more great seasons, and more awards on the horizon for Fielder who is the youngest player in baseball history to hit 50 Homers in a season. Had the Brewers not had a poor August and stayed in first Fielder would also be getting MVP consideration. 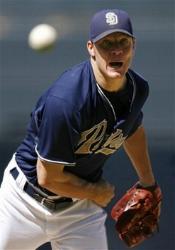 Allot is made when a batter wins the triple crown leading the league in Batting Average, Home Runs and RBI, but there is also a triple crown for pitchers and this year Jake Peavy won it. Peavy led the NL in Wins with 19, ERA with 2.51 and Strikeouts at 238 leading the way for the Padres who finished the regular season tied for the Wild Card with the Colorado Rockies. Making Peavy valuable is his abillity to eat innings as his 217 Innings Pitch helped take pressure of the Padres heavily worked bullpen. 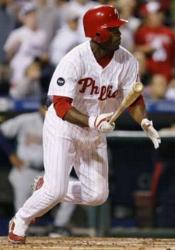 He walked the walk and talked the talk, as the Phillies did in fact win the NL East all though most of it was due to a monumental collapse from the Mets, it was Rollins who kept the Phillies winning allowing them to take advantage, as countless big hits in big games from the Phillies lead off hitter trully define what is a MVP. In the 3-game sweep of the Mets in September Rollins seemed to be there at every big moment getting the big hit that was the springboard to the Phillies winning the division.

These are not just mere prediction but whom I believe should win the said awards. Slected by Frank Fleming on October 1, 2007 at 11:35 pm EST