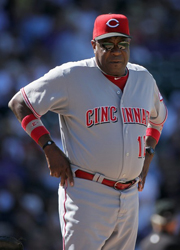 When Dusty Baker was manager of the San Francisco Giants he was named Manager of the Year three times. A decade later he should claim his fourth after leading the Reds to their first division title in 15 years. For most of the season this was Bud Black’s award to lose, and lose it he did as the Padres missed out on the playoffs on the last day of the season. As for the Dusty and the Reds after what could have been a devastating August sweep at the hands of the Cardinals, the Reds played their best baseball and grabbed control of the division and won going away. 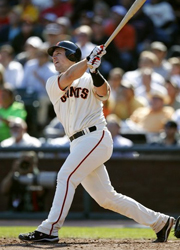 With players like Buster Posey, Stephen Strasburg, Jamie Garcia, Ike Davis and Jason Heyward the 2010 Rookie Class in the NL will be remembered as one of the strongest. However, the one who had the biggest of them all is Buster Posey, as he played a critical role in the Giants winning the Western Division, as he hit .305 with 18 home runs, and 67 RBI in 108 games with the Giants. At times he was their best hitter down the stretch, including a key HR in the season ending clinching victory while showing veteran poise behind the plate. 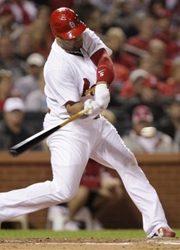 It has been over 70 years since somebody has won the Triple Crown in the National League, and 43 years since somebody as done it in all of MLB. If anyone is ever to do it again, more than likely it will be Albert Pujols, who is almost automatic in being ranked among the top hitters in the three most important categories. This year he led the National League in homers and RBI, and ranked sixth in batting average. 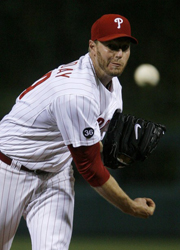 When the Phillies acquired Roy Halladay from the Toronto Blue Jays the Phillies wanted a true ace that could make the entire pitching staff better. Halladay gave the Phillies everything thewy wanted and more as his 21 wins were the best of baseball. He also had a solid 2.44 ERA and 219 strike outs cementing his title of best pitcher in the game today. In a season highlighted by a Perfect Game, Halladay was at his best in September leading the Phillies to a division title with five wins. 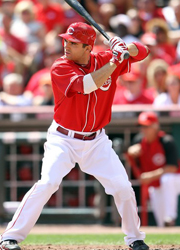 In the Cincinnati Reds division championship, one of the keys was emergence of Joey Votto into one of the best players in the game. Like Albert Pujols, the Reds First baseman was ranked among the leaders in all three Triple Crown categories, finishing second in batting with a .324 average, third in home runs with 37, and third in RBI with 113. At 27 years old Votto could be a regular candidate to win the MVP, especially if the Reds become a powerhouse team in the National League. 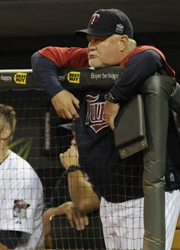 In nine seasons with the Twins, Ron Gardenhire has won the Central Division six times. This will be the first time he gets the Manager of the Year. Like he has before Gardenhire has gotten the most out of his team, which has had to deal with more than their share of adversity. This season it started with the loss of Closer Joe Nathan in Spring Training, than they lost Justin Morneau for the second half to a concussion. However, the Twins did not skip a beat as Gardenhire made the right adjustments as the Twins with a limited payroll posted a 94-68 record. 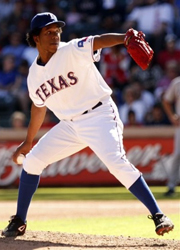 The Rookie class in the American League was nearly as strong at the National League, with players like Austin Jackson, Brennan Boesch, Wade Davis all good in flashes. However, it is Neftali Feliz the closer of the Western Division Champion Texas Rangers who was the most consistent all season long. His 40 saves ranked third in the American League and were one of the keys to Rangers success, as the team that often had struggles in the bullpen doom them in the past used it as a strength to reach the postseason for the first time in 11 years. 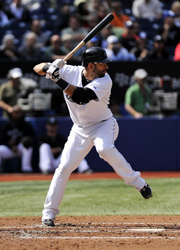 Whether Jose Bautista is a late bloomer or a Brandy Anderson like abnormality his great season cannot be denied. In the post steroid era, Bautista is the first player to hit 50 home runs in three seasons. Add his 124 RBI and you have power numbers that would have put Jose Bautista in the MVP discussion if the Blue Jays actually were in contention, or if he had a slightly higher batting average. However, for being the top slugger in all of baseball he deserves the Hank Aaron Award. 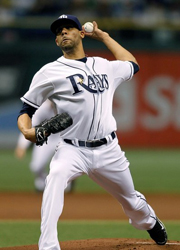 The integrity of the Cy Young Award is at stake. Baseball is ruled by stats that occur between the baselines like Wins and Losses. Not in theoretical realm of sabermatrics. Felix Hernandez had great numbers and pitched in bad luck on bad team, but I can’t overlook his mediocre 13-12 record. Hernandez also struggled in the early part of the season when the Mariners season could have been salvaged. In the end David Price is the right choice. His 19-6 record is second only to CC Sabathia. Price has a much better ERA than Sabathia and won four games for the Rays during September. 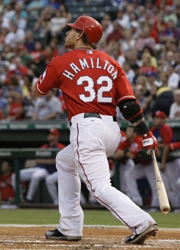 Despite missing most of September, Josh Hamilton’s year was one of the keys to the Texas Rangers claiming the American League west as his .359 average was the best in all of baseball. The rib injury had no effect on the Rangers season as the division was all but wrapped up. In the end Hamilton again showed why he is one of the best players in baseball as he hit 31 home runs, with 100 RBI while playing in just 130 games.

These are not just mere prediction but whom I believe should win the said awards. Slected by Frank Fleming on October 3, 2010 at 11:30 pm ET