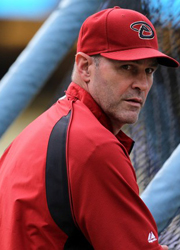 Even last year as the Diamondbacks were finishing up a 65-97 last place season, they knew they had a good manager in Kirk Gibson who took the reigns of the team in July of 2010. In his first full season at the helm in Arizona, the Diamondbacks completely reversed themselves going from last place to first place and winning 94 games as they zoomed past the Giants, while relying heavily on two young pitchers Ian Kennedy and Daniel Hudson who given the chance by Kirk Gibson had breakout seasons. 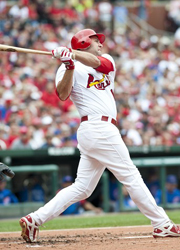 When the 2010 season ended Lance Berkman’s career was thought to be over as he struggled in a brief two month stint with the Yankees after being acquired at the trade deadline. When the Cardinals signed the longtime Astro to a play the Outfield many thought the Cardinals were making a big mistake especially when Berkman struggled in Spring Training. However, once the season began he looked like the Lance Berkman that was a key part of the Astros pennant winner in 2005, as he made the All-Star team and was the best hitter in the Cardinals lineup early in the season. 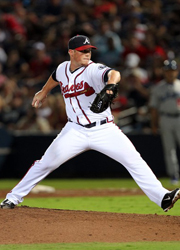 Despite a rough ending, Craig Kimbrel was one of the best closers in all of baseball this year as he set a rookie record with 46 saves. The Braves played many close games throughout the year and relied heavily on their young bullpen, which was led by the young Kimbrel who became the lock down closer the Braves have been looking for even during their glory years. Among the highlights of Craig Kimbrel’s season a 34 and 2/3 inning scoreless inning streak the best in the majors in 2011. 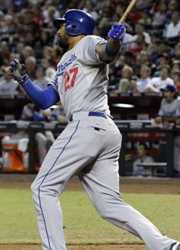 The Dodgers had one of the weakest line ups in baseball and were beset by off the field ownership problems. However, Matt Kemp was the lone bright spot garnering serious MVP attention despite playing for a second division ballclub. Up until the very end of the season Matt Kemp flirted with the Triple Crown as he led the National League with 39 homers and 126 RBI, as he batted .324. A case can still be made for him winning the MVP and if the Dodgers were a better team in contention, just imagine how good these numbers would have been. 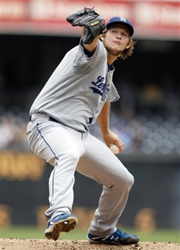 Though not as rare as the Triple Crown for hitters, the Triple Pitching crown leading the league in Wins, ERA (2.28) and Strikeouts (248) is usually a path to the Cy Young Award. Add to the fact Clayton Kershaw, who posted a 21-5 while playing for a mediocre Dodgers team also had the best WHIP in the League at 0.98 and you see why he deserves the Cy Young. The Dodgers despit their many problems finished the season with a 82-79 record, imagine what it would have been without the reliable pitching Kershaw provided every five days. 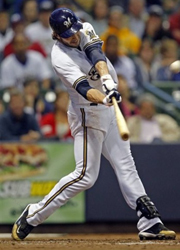 The MVP race in the National League is a three man race, with Ryan Braun and Prince Fielder both deserving consideration along with Matt Kemp. In the end I believe the award should go to Braun as he seemed to get the big hit for the Brewers, while playing a sturdy defense. Fielder had more home runs 38-33 and more RBI 120-111, but Braun nearly won the batting title at .332 and had the best OPS in the National League at .994. 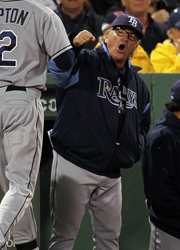 Behind every great comeback there is a great job of managing the situation. Things could have fallen apart early for the Rays who lost several key players from the division winning club last year. The team got off to a 1-8 start as the signing of Manny Ramierez quickly blew up. On the fringe of the race all season, the Rays discussed moving more talent at the trade deadline, but managed to hang in long enough to take advantage of the Red Sox collapse, and it was Joe Maddon’s never say quit attitude that was the key. 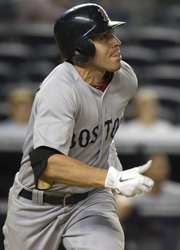 Jacoby Ellsbury’s 2010 season could be summed up in two words injury and frustration, as a nagging rib cage injury had him on and off the disabled list, while playing in just 18 games, with a .191 batting average. This year Ellsbury not only rebounded he excelled, posting a career best season, that had him in serious MVP discussion, as he was an All-Star for the first time, while leading the league in total bases. Even as the Red Sox were collapsing Jacoby Ellsbury was still producing hitting a three run home run to win a late season game against the Yankees. 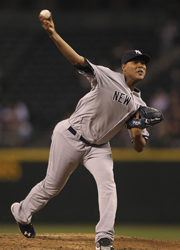 Who was the most reliable starter for the Yankees in the last two months? If you answered rookie Ivan Nova you would be right. Nova was among the league leaders in wins posting a 16-4, which included winning his last 12 decisions after June 3rd. Nova. Great second half comes despite spending three weeks during July in the minors, a demotion based more on roster spots than how Nova was pitching. The Yankees line up could inflate a record, but Nova’s 3.70 ERA shows he earned it and more than once he got a win on a night the Yankees bats slumbered. 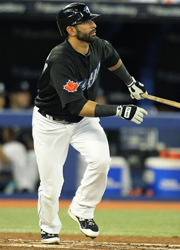 This year Jose Bautista did not catch anyone by surprise as he again led the Major League is Home Runs with 43. This as he did not have as much protection in the Blue Jays lineup as he did in 2010, when he hit 54. Bautista was walked more this year and had a better batting average, but because the Blue Jays continued to be a non-factor in the playoff races it is hard to put him in the MVP discussion, but he should win his second straight Hank Aaron Award. 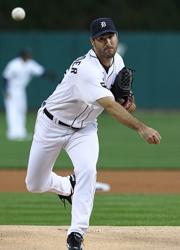 Justin Verlander earned his stripes as he had one of the best seasons for a pitcher in the last 20 years as he won the Pitching Triple Crown with a 24-5 record, a 2.40 ERA and 250 strikeouts, adding in an amazing 0.92 WHIP. Verlander was one of the top pitchers in baseball from start to finish in 2011 as he threw a No Hitter in May and flirted with another a month later. In the second half he was nearly unbeatable as he led the Tigers to their first division title since 1987. 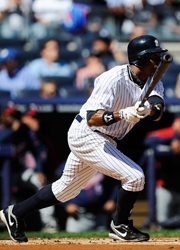 This may be the most wide open MVP race in the history of the American League as you can make an argument for several players, including Pitcher Justin Verlander. However, the Most Valuable Player this year is the player who produced the most runs, and that is Curtis Granderson who led the AL in Runs scored at 136 and RBI at 119, while finishing second in Homers with 41. Curtis Granderson was strong in the field and in a season where Derek Jeter slumped the first three months and Alex Rodriguez was plagued with injuries Granderson was often the Yankees most reliable hitter and carried the offense at times.

These are not just mere prediction but whom I believe should win the said awards. Slected by Frank Fleming on September 30, 2011 at 5:30 pm ET