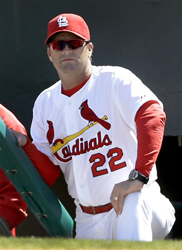 The Cardinals continued their grip on the National League Central Division, winning it for the second straight season as they also made their fourth straight playoff appearance. This season was not easy for the Red Birds, as their offense struggled much of the season, especially after the loss of Yadier Molina. However, with the steady guidance of Mike Matheny the Cardinals stayed in the race, and when Molina returned the Cardinals made a late season push flying passed the Milwaukee Brewers who were in first most of the season. 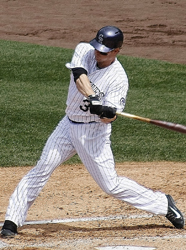 Since suffering a concussion in 2010, Justin Morneau’s career seemed in a haze. The four time all-star and two time silver slugger winner, and 2006 MVP seemed to lose much of his power and had trouble staying on the field. After being traded from Minnesota last season, Morneau got a fresh start in Colorado. It was the boost he needed to regain the form that made his a star. While playing in Coors Field may have helped, Justin Morneau who just a few seasons ago hit .227 won the NL Batting crown with an average of .317. 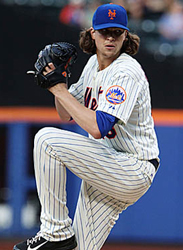 With several other pitching prospects, Jacob deGrom was not on the Mets radar when the season stated, but since making his debut in May against the Yankees, he quickly became the Mets most reliable pitcher. Nearly every start deGrom made was a quality start and while at first he had trouble getting run support once he started winning games he did not look back, compiling a 9-6 record with a 2.62 ERA and 121 strikeouts. As the season came to an end Jacob deGrom was a strikeout machine fanning 26 in his final two appearances. 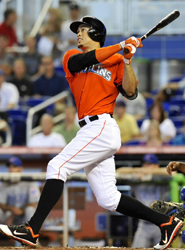 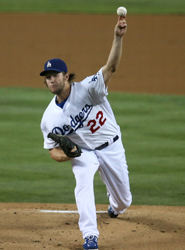 If there was any doubt that Clayton Kershaw is the best pitcher in baseball, 2014 erased all of it as he had his best year to date. Vegas odds makers have even stopped taking bets on the NL Cy Young because of Kershaw’s numbers. Clayton Kershaw missed part of April with a neck strain and did not really find his groove until May. Despite the slow start Kershaw came within three strikeouts of the Pitcher’s Triple Crown, leading with a 1.77 ERA, with 21 wins and 239 strikeouts. 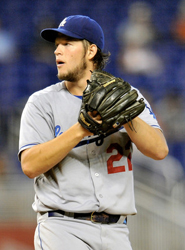 Just how special was Clayton Kershaw’s season? It not only will certainly end with his third Cy Young Award in four seasons it will bring the Dodgers Lefty the National League MVP. It takes a lot for pitchers to break into the MVP conversation as every day players always get the top consideration. However, when you post a 21-3 record with a 1.77 ERA and have a WHIP of 0.86 it’s hard to ignore what you give a team every five days. With Kershaw as the lynch pin the Dodgers won a second straight division title and will be hard to beat in a short series in October. 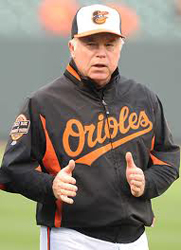 Buck Showalter has long been considered one of the best dugout generals. The Orioles captured the American League East by a wide margin and much of that was thanks to Showalter’s leadership. The Orioles won with a power packed lineup that needed several tweaks throughout the season as Catcher Matt Wieters was loss due to elbow surgery, while Manny Machado was never quite healthy starting and ending the season on the Disabled List. Buck Showalter still mixed and matched with near perfection and did perhaps the best managerial job of his career. 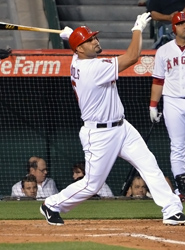 In his first two seasons in Anaheim, Albert Pujols had trouble living to the loft expectations of his contract. The 2013 season was especially frustrating for Pujiols as he failed to play in at least 140 games for the first time in his career and had career lows across the board. At 34 many wondered if Albert Pujols could regain the form that made him the best player in baseball. However, he proved he could be a key cog in winning club, with 28 homers and 105 RBI as the Angels were the best team in baseball. 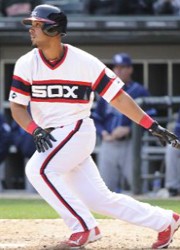 The latest star from Cuba, Jose Abreu had an instant impact for the Chicago White Sox, breaking records among rookies with 10 home runs and 31 RBI in April. After spending part of May on the Disabled List, Abreu picked up where he left off taking Clayton Kershaw out of Dodger Stadium. Jose Abreu was the Rookie of the month in April, and won it two more times during the season. There is no more clear choice for Rookie of the Year, as Jose Abreu finished third in the AL with 36 homers and fourth with 107 RBI. 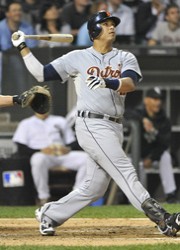 After two straight MVP seasons, Miguel Cabrera has slight fall off in Detroit this season. The Tigers had no worries, as Victor Martinez was able to pick up the slack. Martinez finished second in the American League with an average of .335, eighth in home runs with 32 and seventh in RBI 103. In addition Victor Martinez had a league high .974 OPS as the Tigers again won the American League Central Division. 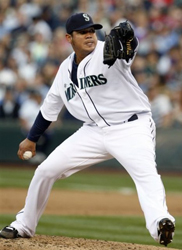 When Felix Hernandez won the Cy Young Award with a 13-12 record in 2010, it was head scratcher to some. However, voters were impressed with his league leading 2.27 ERA and sympathized with his lack of run support. This year King Felix had an even better 2.14 ERA, as the Mariners fell just short of a Wild Card berth. In addition his 248 strikeouts ranked fourth in the American League, while his 15-6 record was among the tops in all of baseball. There is no doubt Felix Hernandez is one of the best in baseball and this Cy Young won’t leave anyone scratching their heads. 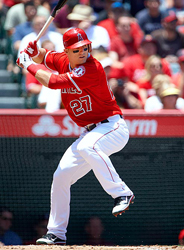 In his first two seasons, Mike Trout was in the middle of the MVP conversation, despite the Angels falling short of the postseason. If it had not been for a Triple Crown for Miguel Cabrera in 2012 Trout likely would have been the third player to win the Rookie of the Year and MVP in the same season. This year the Angels were the best team in baseball and Mike Trout seemed to grab the mantle of the face of baseball winning the All Star MVP. Mike Trout again was one of the best players in OPS at .939, with 36 home runs and 111 RBI along with 115 runs scored. There is no denying Mike Trout of the AL MVP this time around.

These are not just mere prediction but whom I believe should win the said awards. Slected by Frank Fleming on September 29, 2014 at 10:30 pm ET