NBA – Back to the Game 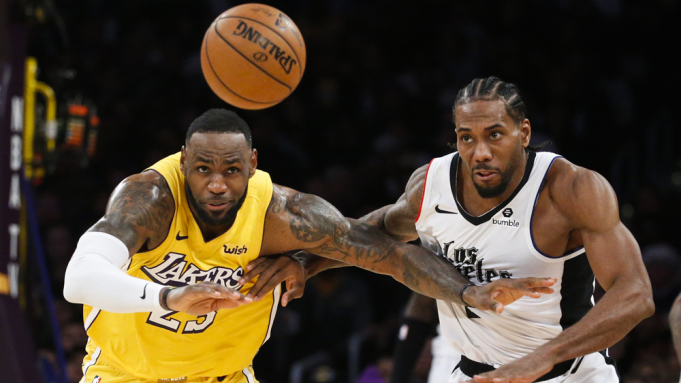 Back in March, much like everything else in the world, the NBA season went on a break as a result of the ensuing pandemic. Many fans and players alike, have been left waiting for the continuation of the season, with the teams also being super excited to be back in the game as soon as possible. But currently, as the world is slowly starting to pick up where it left off a few months ago, can we expect the return of the season? In this article, we’ll give you all the latest information about the restart plan for the NBA.

According to recent news, that came on June 4th, the NBA’s Board of Governors talked about the possibility that the 2019-20 season competition will restart along with 22 teams returning to play. They’ve also set a tentative start date of July 31. But even though The Board has given its approval to restart the season, this was only the first step that needed to be taken in order to put things into motion. As it stands at the moment, the NBA is trying to work out a comprehensive restart plan.

As for the location where the games will be held, the entire idea of the return of the season is based on an agreement with the Walt Disney Company. According to this, all the teams in NBA will use the Walt Disney World Resort near Orlando, Florida, as a single site for all games, training, and accommodation for the rest of the season.

Of course, these are challenging times when it comes to keeping everyone safe from the pandemic and to respect all the social distancing regulations. That is exactly why the NBA and the NBPA are working with specialists in infectious diseases, public health experts, and government officials, in order to come up with an efficient program to reduce and prevent all the risks related to COVID-19. That might even include regular testing for all the teams and staff.

Fans from all over the world were thrilled when they heard the news that the NBA season will possibly kick off again in July. Everyone knows that there’s no time to waste; therefore, betting on the NBA this season will be more interesting than ever. And that’s only natural, given that all NBA fans have been left waiting since mid-March.

The new format involves each team playing eight games in order to determine playoff seeding and the possible utilization of a play-in tournament for the final spot in the Eastern Conference and Western Conference postseason fields. The NBA final might be happening on October 12, as for the NBA Draft, it has a tentative date established as October 15.

Of course, the players will have to expect to lose some money from their annual salaries. The simplest way to put it, if the 22 teams that will be getting back this season on those Disney courts play eight games each, the NBA would play 1,059 games in this regular season. And that would mean that exactly 171 regular-season games would be canceled, which could cost players around $600m.

At the moment, most NBA team facilities are open for the purpose of individual workouts. These have to follow some very strict safety rules and a one-player-to-one-coach system. As for the near future, even though the arrival at the Disney complex is set to happen on July 7, there’s a strong chance that all the teams will be allowed to open training games at the end of June. After their arrival at Disney, they will continue training and will most likely have the chance to challenge one another in some “pre-season” games.

A lot of eager fans out there would like to know whether they will be able to actually attend the games of this season in person or not. Unfortunately, there was no indication of this possibility during the press conference. More so, there’s even uncertainty when it comes to fans attending next year’s season. Adam Silver has actually declared that the league is exploring the possibility of bringing back fans to the stadiums during the 2020-21 season, but only for a 15 to 20 percent capacity.

And speaking of the next season, they also established a tentative date of December 1, 2020, for the kickoff. But that will only happen if the rest of the current season plays out as planned.

While a lot of people out there are bummed out because they cannot attend the NBA events this year, we can still hope that the return to the game will run smoothly and, at the very least, we’ll at least be able to enjoy it from the safety of our homes. Health and wellbeing come first, for us and for the players; therefore, no decisions are being made this season without taking into consideration the risks involved and keeping them to a minimum. 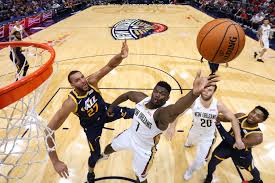